Despite the volatility, there is some reason for optimism as we look beyond 2022 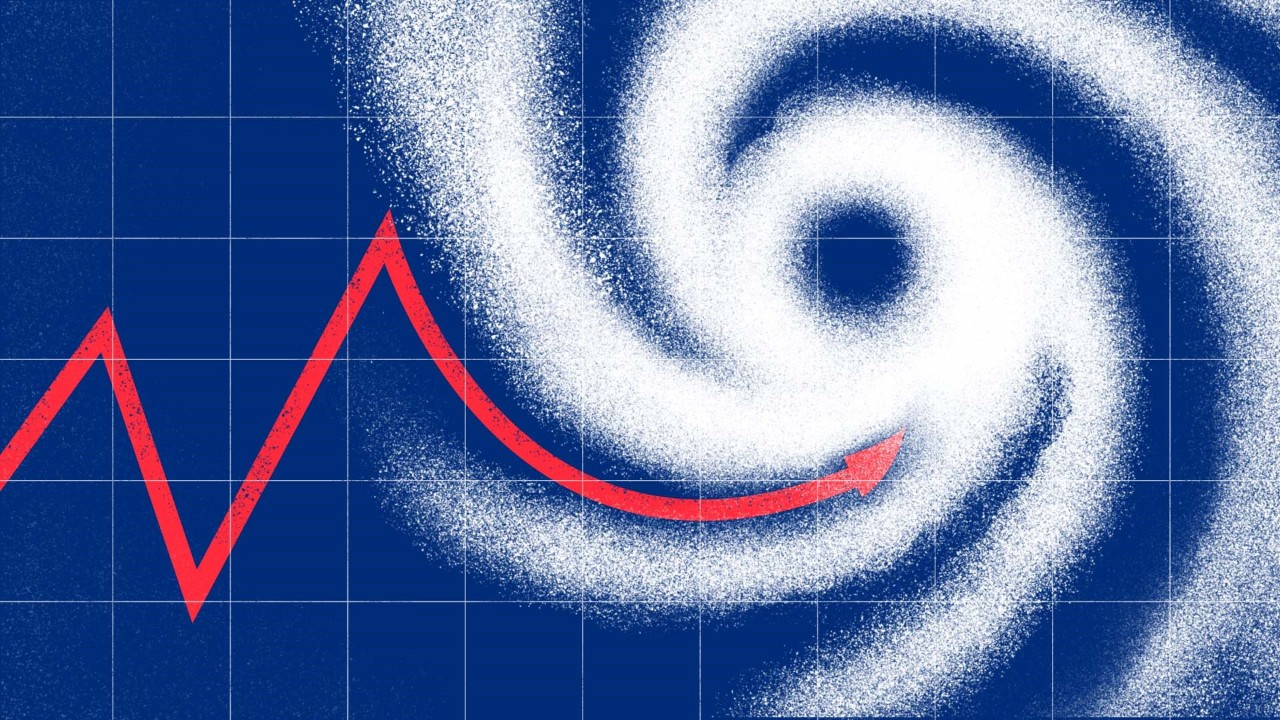 The US stock market has had a tumultuous start to the year. Despite the volatility, however, there is some reason for optimism as we look beyond 2022. We have spent the past five years studying 150 years’ worth of stock market behavior. Our work is culminating in a series of five white papers that take apart and reassemble the tools used to diagnose the market to make them relevant for the 21st century. In the course of doing that, we have created what we call the Holistic Market Model, which is more accurate in explaining stock market moves than anything that has come before, as the chart shows. Oliver Wyman’s Holistic Market Model of S&P 500 real price per share

We just published our third paper, “Overhauling the Science of Valuations,” which in many ways is the key to the series. In it, we explain why the famed Capital Asset Pricing Model, or CAPM, doesn’t work in practice — and then we proceed to fix it.

That’s only one aspect of the series, however. What’s of most immediate concern for millions of investors in the US stock market is the question of whether the market has been in a bubble over the last few years, and whether they should be bearish going forward.

Prognosticators for years have worried about the possibility of a bubble. In our second and third white papers, we show that the reason for high stock prices isn’t because there is a bubble but rather because corporate profit margins have been near a 100-year high and real interest rates (after subtracting inflation) have been near an all-time low. We wrote about this in Barron’s last month.

Still, the extreme share-price volatility this year suggests investors are getting twitchy. So, if the market isn’t in a bubble, could it crash?

Here, the answer is a resounding yes. Any number of events, such as a financial crisis or a large-scale natural disaster, could send stocks crashing even if the market isn’t in bubble territory. Geopolitical events can also spawn crashes — but only if the conditions deteriorate quickly enough. In the case of Ukraine, it is not difficult to envision a scenario in which an overwhelming fear would develop over time that severe supply and price shocks in energy, food, and metals would simultaneously tank the economy and ignite runaway inflation. If such a scenario were to gain credence, it would naturally spawn a bear market. But this bear market would start with a crash only if the fear developed over hours or days rather than weeks or months — a relatively high bar.

There are two ways to measure time periods in markets — cyclical, as represented in months and years, and secular, as measured in decades. The market is always in one of four positions — for instance, a cyclical bull in a secular bear.

We don’t have a crystal ball, of course. But at this particular moment, with the Federal Reserve about to raise interest rates and reduce its balance sheet as inflation eats into real incomes and geopolitical tensions flare, the chance of a cyclical bear market in 2022 seems higher than its long-term average.

The bigger question is whether the 40-year secular bull market, which rose from the 1982 recession and has continued for four decades (with some notable cyclical bears along the way), can last for a while longer. The simple answer is yes — but not for another 40 years.

Our work shows that this secular bull market will die because it is highly unlikely the 40-year uptrend in corporate margins and the 40-year downtrend in real interest rates will persist for another 40 years. In addition, even a milder form of 1970s-style inflation would also kill it.

There is a big difference between these three assassins, however. The first two are not yet within range, but will strike at some point within the next 40 years — the ballot box will largely determine the timing. The third, inflation, is in plain view right now, but it will kill the secular bull market only if it defeats the Fed rather than the other way around.

So why is there room for optimism in 2023 and beyond? Because despite cyclical headwinds and gloomy headlines, the evidence required to reliably call the end of the 40-year secular bull market has not yet appeared — and it may not present itself for many years.

The Hivemind Investor: Hoodlum or Hero?

While some of us spent lockdowns baking bread and streaming reruns, Hivemind Investors used online forums to build communities and social media to drive investment decisions, in the process upending Wall Street by elevating lackluster companies and derailing hedge funds.

But this group is far larger and more complex than their culture of self-deprecation and hyperbolic anti-establishment sentiment might suggest, and some of the largest financial firms are taking notice because they understand this group’s importance.

Who’s in the Hive?

Those in the Hive now account for one in four retail investors, according to a new study by the Oliver Wyman Forum that analyzed survey research from more than 100,000 people in 10 countries. While they appear to have a proclivity for chaos and disruption, these investors are actually searching for community, knowledge, and information equality in the world of retail investing.

Most are highly educated millennial and Gen Z males, and they are far more likely to work in white-collar jobs than the general population. Almost three-quarters are aged 25 to 44, and almost half earn at least $100,000.

Hivemind Investors are not motivated strictly by returns. Instead, they also consider their investing both a source of fun and a form of activism. Some even seem to consider undermining hedge funds a public good. But many are also self-aware regarding the potential risks (both individual and systemic) posed by this sort of behavior and say it should be more heavily regulated.

More impulsive than the general population, they are twice as likely to pursue “hot” assets suggested by social media such as meme stocks, cryptocurrencies, and NFTs. But they tend to invest only small amounts of money on these riskier assets and separately maintain diversified portfolios with ETFs, fixed income investments, and other tangible assets like real estate.

The Hive tends to invest in traditionally riskier assets

What Do They Mean for the Future?

Will a turbulent market upend the trend? Probably not. With their sheer size and belief in the power of collective action, the Hive will continue to be a force to be reckoned with. Banks and investment providers will need to evolve their offerings to stay relevant and a number of them are already paying attention. This doesn’t mean playing into the hands of the Hive’s more destructive impulses. Instead, it means understanding the underlying needs that drive their behavior and finding new ways to address these in risk-mindful ways.

Community is a big driver of the Hive’s investing

Although the desire for community lies at the core of the Hive, most still feel that need hasn’t been well-addressed, lending an opening to providers to craft new offerings with community at the center.  Similarly, members of the Hive are looking to grow their investment knowledge and get the same access to information and opportunities as the big players.  The providers who manage to crack the code of meeting these needs, while simultaneously applying guardrails that protect both individuals and markets from risky behaviors, will be positioned to win a loyal following among the Hive.

– The share of Black US adults who have invested in, traded, or used a cryptocurrency, higher than the 16% of all Americans who have likewise invested.
Source: Pew Research Center

– The factor by which women are more likely to consider ESG investment than men.
Source: Oliver Wyman Forum

– The number of countries that have elected or sworn in their first woman Head of State or Government in 2021.
Source: United Nations 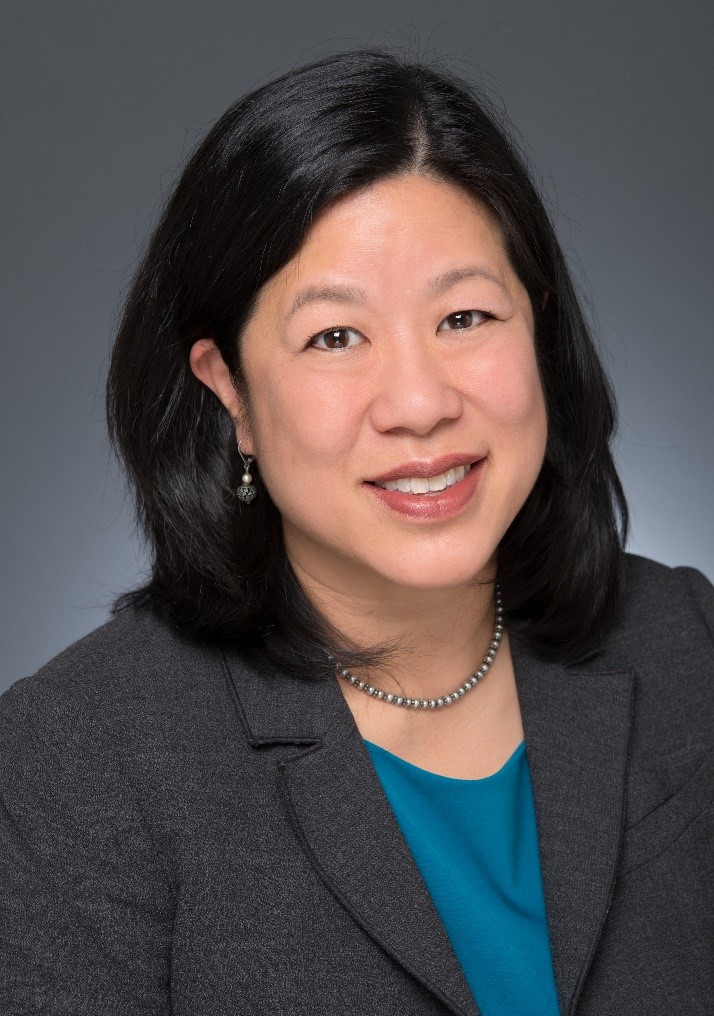 "Transportation accounts for approximately 45% of San Francisco’s greenhouse gas emissions, so we are aggressively pursuing mode shifts and clean mobility. EVs will be a large part of the solution."

February 2022
linkedin facebook twitterbird email
Subscribe to our newsletter
How To Win Gen Z Customers
January 2023
January 2023
How To Win Gen Z Customers
Business needs to figure out these passionate, tech-savvy consumers — or risk losing them
Full article
2023: A Time To Experiment
December 2022
December 2022
2023: A Time To Experiment
Businesses already bruised by the pandemic need to prepare for the next round of challenges and opportunities by trying new things and seeing what works
Full article
Monthly insights on today’s most challenging problems for business, public policy, and social enterprise leaders.
Subscribe
More Past Editions
More Past Editions