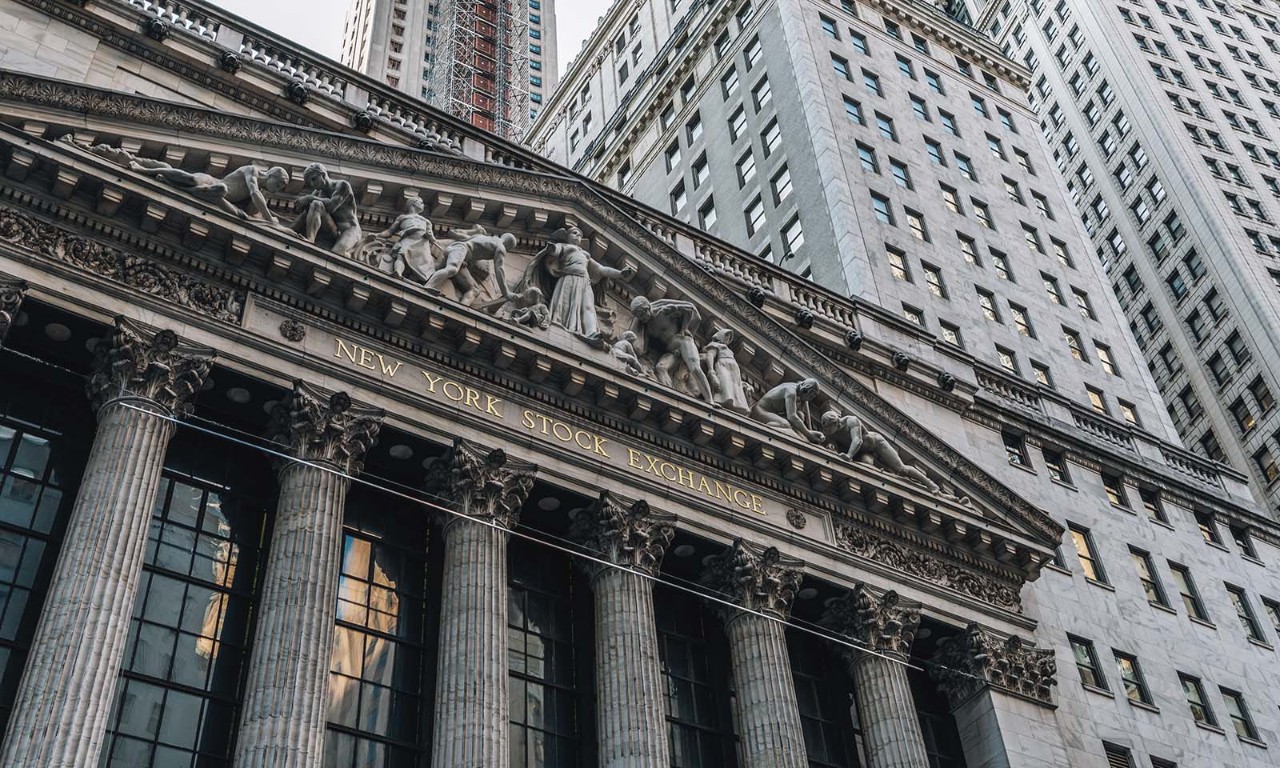 This white paper is the third in a series on bringing our understanding of the past, present, and future of the US equity market to the next level. It is best read after the first paper in the series, “Overview of the Work.” Papers Two through Five provide drilldowns into each of the four main sections of the first paper.

Paper Two lays the factual groundwork for the remaining papers, making sure the data are consistently correct over a century and a half. This requires normalizing to the accounting standard based on Warren Buffett’s owner earnings concept, addressing dispersion and investor personal taxes, and reconstructing corporate profit margins.

Paper Three operates within the finance apparatus established half a century ago but modernizes the science of valuation to make it fit for the 21st century. In contrast, Paper Four breaks the mold of the last 50 years and shows that equity prices can be explained using tools developed as long ago as the 19th century — namely the laws of supply and demand.

While the approaches of Papers Three and Four at first sight appear to be very different, we show in Paper Five that they are merely two sides of the same coin. The first part of Paper Five reconciles the two perspectives by introducing the Holistic Market Model. The second part of Paper Five then shows how this reconciled approach can be used to frame future uncertainty much better than anything that has come before it.

The main findings of this paper

The market is like a musical ensemble. Not all musicians play at the same time, or with the same instruments. A flute might constantly flutter around a root melody, while a cymbal might come in rarely but powerfully. One needs to listen to the music of the market to understand it. We have found that the music of the market is much richer in the post-World War II era: What started as a string quartet is now a full symphony orchestra. That is one of the major themes of this work.

The machinery used to study the market up to now isn’t designed to listen to the music. And so we modernize it in four major ways.

Many believe that earnings are a driver of equity prices only in the long term. Our work shows that this is not quite the case. Once earnings are taken through a rigorous process and defined correctly,[1] they turn out to be a stronger driver of prices at the quarterly to annual frequency[2] than has been recognized. In other words, the market is more efficient than it is sometimes given credit for.

Summary of Section 2: Our perspective on the economic, financial, and trading history of the last century and a half

We develop 10 insights. While some readers might be fully aware of all 10, we believe very few of these insights, if any, are part of the common knowledge of the market.

To start with, it is not generally known that the innate pulse of the US economy is no slower than it was in the late 19th century. Likewise, few people understand that there was no difference between long-term nominal rates and long-term real rates[3] before the mid-1950s, or that the combination of high inflation and high personal tax can turn high real pre-tax interest rates into low, or even negative, post-tax real interest rates.

Our insights about the Treasury market are particularly novel. Among them, we show: (i) that breakeven inflation expectations[4] are a poor measure of expected inflation but a very good, if misunderstood, barometer of risk conditions; (ii) that Treasury Inflation-Protected Securities, or TIPS, have a complex and largely unexplored relationship with risk; (iii) that Treasuries move over time from pro-cyclical to generally counter-cyclical; and (iv) the importance of the convenience yield in the performance of Treasuries. Very little of these topics has been generally understood.

Furthermore, the reasons for the failure of traditional applications of the Capital Asset Pricing Model have not been previously explained to this degree.

And, finally, the framework we develop to explain arbitrage inefficiencies[5] is also new.

Summary of Section 3: Re-engineering the CAPM

We show that the traditional CAPM fails because of execution issues rather than fundamental ones, while a re-engineered CAPM works well. There are three reasons why this is the case.

First, the re-engineered CAPM is based on “perceived Buffett earnings” (please see Section 1.1 below) and the real truly risk-free rate (RTRR)[6], the two correct anchors for the earnings and risk-free rate components of the CAPM, respectively. As a result, it has the correct equity risk premium, or ERP, which we calculate as the difference between the earnings yield and the RTRR.

Second, we explain the ERP well:

Third, our model acknowledges that the arbitrage between equities and Treasuries is likely 85% efficient, rather than 100% efficient, albeit that it will be a few years from the time of this analysis before the data are sufficient to fully prove this point. More broadly, we are explicit as to what components of investors’ behaviors are more vs. less likely to change as time passes by, because this understanding is a key input to managing future uncertainty better.

In addition, we briefly draw the implications of the model with respect to the dynamics of bubbles, crashes, and bull and bear markets.

Summary of Section 4: Quantifying the components of the Treasury risk premium

The decomposition of the nominal Treasury rate into adopted inflation expectations, the 10 live[7] components of the Treasury risk premium (TRP),[8] and the RTRR, is ground-breaking work. Having conclusively demonstrated that Treasuries are not risk-free, the work extends the reach of the CAPM to include both asset classes rather than simply equities. This is of more than academic interest. Our dual-purpose CAPM explains the behavior of Treasuries as well as it explains equities. This is of marked value to all fixed-income professionals, as well as to Fed and Treasury officials.

We have uncovered the natural harmony between equities and long-term nominal Treasuries. The two risk assets share a common root, the RTRR. They are anchored by one main factor: perceived Buffett earnings in the case of equities, and inflation expectations in the case of Treasuries.

The ERP and the TRP share many similarities. They both react to a variety of frequencies of risk, and many of the risks are common,[10] albeit their reaction functions are not, particularly since World War II (see Exhibit 66). In addition, they interact with each other, which is why we have been able to extract equity risk information out of Treasuries, and Treasuries risk information out of equities (see Exhibit 67).

The sieving process we described in Section 4.4 has been a very useful tool to build the equities and Treasuries explanatory models. Its full power, however, will become clear only in our fifth white paper. This is where we show that this mindset allows us to separate the forces driving prices into those that are mean-reverting, those that are trending, and those that are neither. The result allows us to inject a degree of predictability into an otherwise highly uncertain future.

Ultimately, asset prices are set by mass investor behavior and there is always a balance between what is innate and what is learned. In the case of equities, the history of the last 150 years suggests that the behavior of equities is largely innate because it has been remarkably stable over the period. Certainly the ERP acquired a distance-to-Goldilocks risk premium starting after World War I, which was then beefed up during the great inflation period, and it also acquired an ulcer risk premium after World War II, but the fundamentals of the behavior have not changed.[11] The dimensions of fear might be broader than a century and a half ago, but fear drives earnings yields up and prices down just as it has always done. Greed does the opposite.

In contrast, the behavior of Treasuries has exhibited multiple polarity switches, the dimensions of which we described extensively above. In other words, many of the risk factors in the TRP are chameleons that adapt to the conditions of the day. We draw two implications from this.

First, having a finger on the pulse of these changes is a powerful way to detect what the market really believes and when it is changing its mind.

And second, the behavior of Treasuries has many more learned components than that of equities. Systematic portfolio rebalancing, the emergence of systematic quantitative strategies that use volatility to toggle their risk exposure, the largely negative equity-bond correlation over the last 20 years — these are all forces that have reinforced those learnings in a Pavlovian fashion. We will explore, in the second part of the fifth white paper, the conditions under which this self-reinforcing, learned Pavlovian response could be unlearned if conditions changed for a sufficient length of time — because this is a key component of managing strategic uncertainty.

[1] Defining earnings correctly is a two-step process. Paper two expands on what it takes to execute against the Warren Buffett owners earnings concept on a post-tax basis at the index level (addressing myriad accounting inconsistency issues; correcting for the biases of historical cost accounting in high inflation environments; accounting for dispersion; calculating investor personal taxes). Section 1 of this paper then describes the second step of the process, which consists of calculating the perceived earnings (making the pre-and post-2000s periods consistent; determining the optimum fulcrum and time windows of the earnings; realizing that the market discounts the part of the earnings it does not understand, and accounting for the out-of-the-money call option effect).

[2] Equity prices are affected by forces that operate at multiple frequencies, or time intervals. The high-frequency forces might change direction as often as once per month (the minimum increment at which we work). At the other extreme, some others might go in one direction for decades.

[3] Since 1998, the Treasury Department has issued both nominal Treasuries and Treasury inflation-protected securities, or TIPS. This makes the distinction between nominal and real rates clear for all to see. But the distinction was less clear-cut before that time.

[4] They are the difference between nominal rates and TIPS.

[5] Finance is based on the premise that one can expect incremental return only if one takes expected incremental risk, and this is true as long as arbitrage is 100% efficient.

[6] Please see Section 3.3 of the first paper for the definition of the RTRR. It is a de-risked TIPS that is post-personal tax and calculated at standard risk aversion.

[7] Out of the 10, five are in the TIPS and five are in the breakeven. Six are high-frequency and four are medium-frequency. In addition, there are also four historical risk premia, which are currently zero and not expected to return.

[8] This is a different concept from the Treasury term premium, which has been exhaustively studied in the literature.

[9] This joint modeling of equities and Treasuries has the added advantage of allowing us to shine a new light on the underlying drivers of the equity/Treasury correlations.

[10] a few parts of the ERP and the TRP are quite different, such as the less than 100% pass-through between the RTRR and earning yields, or the convenience yield, but these are exceptions rather than a general rule.

[11] Albeit that fear of inflation extremes can be seen as a learned behavior, resulting from the empirically observed consequences of those extremes.