Embracing the therapeutic use of psychedelics, some used the lockdowns to travel further inside. 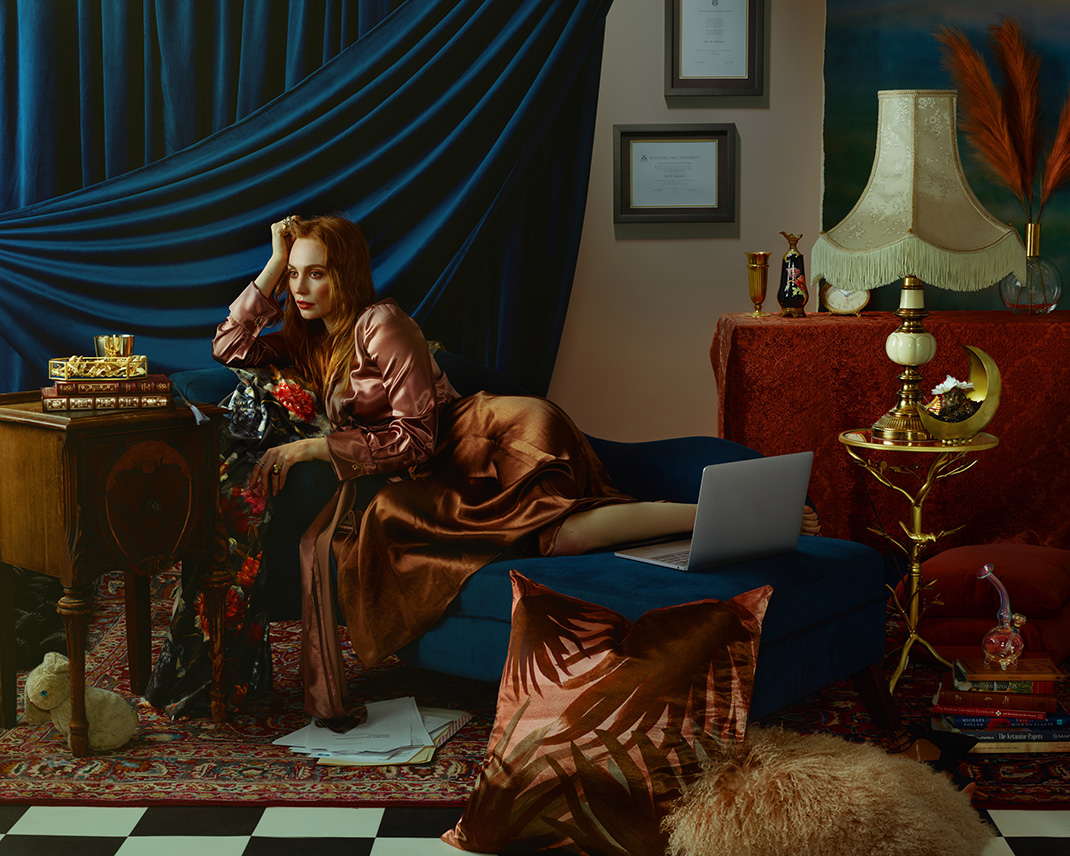 The Psychedelic Explorers are those intrigued by and willing to try psychedelics in a clinical or experiential setting. They are curious and open-minded, and as more of these therapies move closer to market, they will be in the vanguard of early adoption. As such, they will be at the forefront both in further destigmatizing mental healthcare, and in transforming the outdated perception of the 1960s-era “hippy tripper.” This group places a high value on validated scientific research — many are awaiting FDA approval and the confidence of controlled doses and environments before taking the plunge. Some have already dabbled, but they take their experiences in this realm seriously and feel their experiences have supported them on their personal journeys. The increasing numbers of Explorers are already impacting the market. With a plethora of extant startup ventures and robust investment interest in the space, some are predicting this emerging sector will represent a >$10 billion market opportunity within the next five years.

Who They Are
Pioneers of their inner world, they’re about to take a trip from their own couch.

The phenomenon already underway in the scientific, mental health, and investment communities has the potential to be a game-changer, with some deeming this period a “Psychedelic Renaissance.” In the 1990s, the FDA gradually began loosening 1960s restrictions around scientific research, and a new generation of scientists quietly began investigating psychedelics’ therapeutic benefits. The past 30 years have led to significant progress, and some of these substances are much closer to attaining common use than many may realize. Ketamine gained approval for treatment-resistant depression in 2019, and hundreds of ketamine clinics are operating in the US today, with some companies offering at-home services. In Canada, both psilocybin and MDMA have recently been approved for medicinal use. Other countries are not far behind, with clinical trials for these and other substances such as LSD, Ayahuasca, and others) underway. Proposed medicines are making their way through the FDA approval process and some may be approved for treatments in clinical settings in the US as early as 2023.

The Explorers are aware of this pending boon, with many having already trodden down various paths for exploring psychedelic experiences. As our ability to journey through the outer world has become constrained, this group has instead chosen to explore the vast inner realm. Those who have already taken a trip report that psychedelic use generally enhanced their sense of health and wellbeing, especially when contrasted with impacts from tobacco, alcohol, and other types of drugs.

How They Think
Four critical components of their mindset

There has been a reluctant but growing wave of curiosity and skeptical acceptance towards psychedelics as a mental health treatment. The mental health crisis has been brewing for decades and has only continued to accelerate during the pandemic. From our research, we observe that the Psychedelic Explorers primarily desire to bolster their health and are helping pave the way for the broader incorporation of psychedelics into mainstream society. We will observe that they are open and willing to try alternative therapeutic approaches to all angles of their health. But they are not cavalier about it — they do their research and believe scientific research that supports the use of these drugs is foundational for their adoption.

“Lockdown was tough for a lot of reasons, especially socially. It forced me to get a little more experimental.”

As typical outlets like bars and restaurants closed their doors, people sought alternative avenues for both escape and entertainment. One in three people reported increased substance use, with alcohol seeing the most significant jump. Marijuana was a close second and ranked above tobacco, indicating that its use has become widely popularized despite the lack of widespread legalization. While psychedelics saw a relatively small increase, a double-digit jump is still notable given their much lower prevalence. Psychedelic usage also increased for meaningfully different reasons, with top drivers being finding meaning in life, feeling connected, and pure entertainment, as opposed to stress mitigation – the case for most other types of substance use. A general rise in substance exploration coupled with the clear destigmatization of marijuana over the past few years suggests that a growth trajectory similar to marijuana could lie ahead for the psychedelic category.

“I’ve had so many health issues, and it's been so hard to see a doctor recently. Maybe psychedelics could help with that.”

Psychedelic Explorers are more interested in the potential health benefits than anything else, with 83% citing either mental or physical health benefits as a reason they are willing to try. And it’s no wonder — on average, they are at least two to three times more likely to be facing any given health condition. As healthcare systems began scrambling to manage Covid-related cases, many may have either lacked access to their normal avenues for care for non-Covid-related issues or hesitated to take advantage of them for fear of coming into contact with illness. Skyrocketing health issues among the general population and the increase in those living with a disability are one catalyst behind the massive 2021 increase in psychedelic research funding and billion-dollar IPOs.

“At this point, I’m willing to try anything that might help.”

Plagued with a vast array of health issues, Psychedelic Explorers aren’t only looking to psychedelics but are generally more open to other alternative therapies as well. Eighty-three percent report having tried at least one type of alternative medicine, ranging from botanicals like ginkgo to hypnosis. Generally having had positive experiences with the alternative therapies they’ve tried, they are more optimistic that psychedelics, too, will breed positive results.

Explorers aren’t the only ones looking for alternative medicines: 77% of the general population are open to trying alternative therapies, while 62% already have. Globally rising healthcare costs contributing to waning accessibility lead people towards supplements they can get at any store and therapies that are a fraction of the cost of a doctor’s visit. Increasing chronic illness also plays a part as people cannot afford multiple visits to specialists. Cheaper and quicker to produce than traditional pharmaceuticals, if they eventually gain greater mainstream acceptance, psychedelics may provide some relief to a world in distress.

“But first, I need to do more research to make sure it’s the right choice for me.”

Even though Explorers are half as likely to believe psychedelics are unsafe, safety consciousness and the nascency of clinical research still pose a hurdle. Some acknowledge they need to do more digging, and some believe the current studies do not indicate that they would see any significant positive outcomes. Others report that they can already treat their issues with other tools or methods. Further studies may reveal more practical benefits and draw the Explorers deeper into the fold. However, their willingness despite their concerns further corroborates the need for more effective, accessible healthcare.

Why They Matter
Understanding them will create a unique opportunity to invest early in a booming arena.

According to CB Insights, R&D for psychedelic drugs saw record-shattering investment in 2021, more than 10 times that of 2020. Encouraging research results combined with their lower cost, quicker development, and low addictive potential make psychedelics a plausibly attractive alternative to traditional prescription therapies. Legalization or decriminalization in some areas could also have broader economic benefits, particularly job creation and government revenue via taxation. The rise of marijuana acceptance and even social media are providing an additional push behind psychedelics re-entering the mainstream. Early investors are optimistic that their efforts will bring us closer to a future where psychedelics aren’t so taboo.

They will shape the demand for products and services across a range of industries.

It is possible psychedelics could follow a similar path as the cannabis industry, which could lead to applications and impact far beyond personal health. The parallels are close: fear mongering around “reefer madness” positioned cannabis as a deadly drug that leads to rampant misbehavior, although these concerns have since been widely disproven and remain unvalidated in areas with legal recreational marijuana. Public opinion changed rapidly and steadily, especially among younger generations. As increasing research contradicts popular negative beliefs about psychedelics, it is reasonable to project they may follow a similar trajectory of mainstream acceptance.

Public policy debates are likely to spring up and be hotly debated in certain areas, as some lawmakers wish to pursue decriminalization as a way of “democratizing access,” which is generally at odds with the controlled and risk-mindful approach of FDA approval pursued by pharmaceutical companies. Some local communities in the US have already decriminalized possession of some of these substances, effectively charting the same course as marijuana, though this raises potential questions around safety, responsibility, and liability.

With cannabis, we have seen a rippling impact across industries far beyond healthcare. CBD is now a common ingredient in food and drink, cosmetics, and even pet care. In Colorado, one of the first states in the US to legalize the recreational use of marijuana, there has been a significant increase in cannabis tourism, where travelers visit the state specifically to experience legalized marijuana. According to the Colorado State Department of Revenue, the state has also seen over $12 billion in revenue since legalization in 2014. As psychedelic restrictions are lifted, additional use cases may emerge and similarly impact a wide range of industries.

More broadly, as psychedelics enter the broader cultural consciousness, there may be a trend toward products and experiences that reference the psychedelic realm as we look to adjacent categories. For example, in fall 2021, Stella McCartney hosted a runway show entitled “An Expansion of Consciousness,” described as “rooted in the powerful notion that mushrooms are the future of fashion.”

As Psychedelic Explorers continue to stretch the frontiers of mental health treatment: