Businesses need to ignore the conflicting news and focus on the basics: employees, customers, and scenario planning 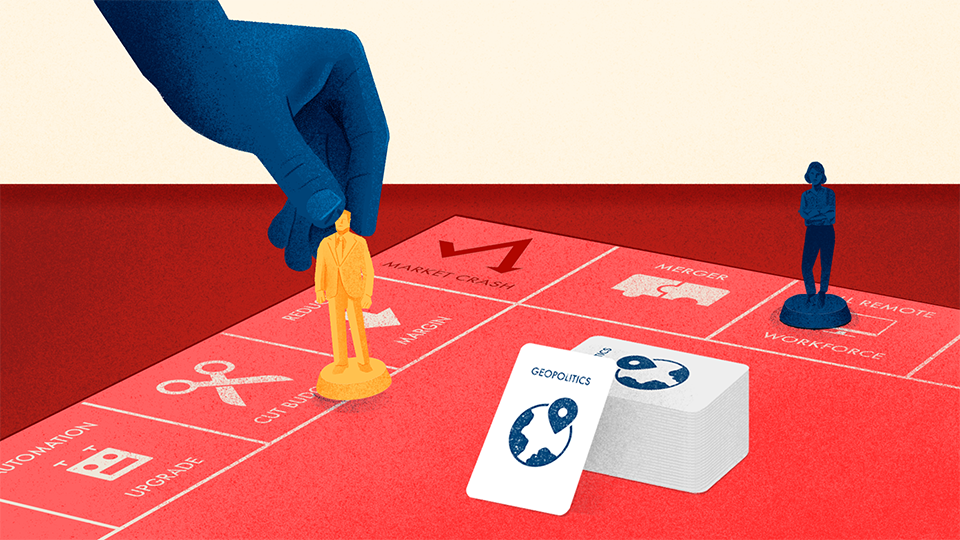 Just as we hoped the world would return to some semblance of normal, the war in Ukraine, pent-up demand, and ongoing tremors from the pandemic have contributed to unprecedented inflation and more uncertainty.

Businesses can’t afford to wait for stability. Higher food and energy prices already are impacting consumers, forcing them to change how they shop, save, and work. More than 40% are buying less and over a quarter are delaying major purchases, according to a monthly survey of consumers in the United States, the United Kingdom, China, and Brazil by the Oliver Wyman Forum.

And depending on what you read or whom you listen to, we’re headed either for a smooth landing or a turbulent ride. Companies must ignore the noise and focus on scenario planning, investing in talent, and retaining their best customers to limit risk and unlock new opportunities.

Traditional rules don’t seem to apply to the current economic crisis. US payroll employment, for example, returned this year to pre COVID levels, but household savings dropped, credit card debt ballooned, and the stock market experienced its worst first half since the 1970s.

Similarly, annual inflation hit a 40-year high in Britain while unemployment dropped to its lowest level since 1974 even as a record number of people were experiencing long-term illness.

Even China – the world’s second-largest economy and largest e commerce market – has lost steam. The International Monetary Fund in May cut China’s expected GDP growth to 3.3%, which would be the slowest in four decades.

Until now, most companies have been able to shift higher costs onto consumers, but that won’t last. About a third of consumers in the United States and a quarter in the United Kingdom expect to spend even less in coming months, potentially impacting holiday sales and inventory levels.

Companies need to be proactive with their strategies and prioritize scenario planning to navigate the volatility. They should begin by identifying potential threats, such as rising energy costs, supply chain disruptions, wage inflation, and the ability to hire and retain talent. The second step is to develop worst case, best case, and middle ground scenarios that could provide a road map and practical solutions no matter how bumpy the ride. Scenarios also are crucial in determining investment opportunities and untapped markets as well as potential cost reductions.

Companies also need to analyze the composition of their workforces and customer bases to understand their needs, which likely changed during the pandemic. The data, while an added expense, could be used to determine pricing, product changes, and how best to use existing talent. We’ve found in our surveys that segmented analysis often provides the details crucial to management. For example, while 77% of people were satisfied with work, a deeper dive showed a significant younger cohort was dissatisfied.

Invest in Your Team

One of the biggest challenges for business is attracting and retaining talent, especially with so much pressure to raise wages. The job market remains strong in many countries, and about 15% of people in the United States and United Kingdom said they are thinking about looking for a new job because of recession fears, and 11% and 10% respectively have started to look.

At the same time almost three-quarters of Gen Z say constantly learning interesting things would make them feel more engaged at work. They’re not the only ones. More than a third of workers in China and Brazil and over 10% in the US and UK are learning additional skills because of economic worries.

Over a third of US and UK workers also are more engaged with their bosses, and over 40% are taking on more responsibly because of recession fears. This is an opportunity for employers and managers who can provide useful feedback and growth opportunities.

Companies can’t afford to lose their best customers to competitors offering lower prices. Over a quarter of consumers are using more coupons, and almost half in the United States and United Kingdom are buying on sale because of inflation. Businesses need to identify which consumers are worth keeping and offer them the best value to retain their loyalty.

Companies also need to use the right technology to reach these consumers. About a third of US and UK shoppers, and even higher percentages in China and Brazil, now comparison shop online for bargains. That includes those 55 and older, who may have preferred to shop in-person before the pandemic.

Businesses also have an opportunity to attract new consumers or increase the products they provide to existing customers. For example, financial firms could offer services to consumers paying down credit card debt, increasing their savings, and learning new budgeting skills because of inflation.

Automakers have an opportunity to tap into the growing demand for electric vehicles, especially if they offer access to free charging stations – the most valued incentive for customers right now, according to our survey data.

Businesses can’t wait for inflation to shrink and the economy to normalize. They must focus on what they can do – reduce risk and increase opportunity by creating plans, investing in employees, and aligning with crucial customers.

Countless companies have pledged to change the way they operate to combat climate change, but many are struggling to turn that commitment into action. Challenges in measuring and reducing Scope 3 emissions in the supply chain and making a financial case for the upfront costs of transition, among other things, can lead to inertia frustrating the best of intentions.

It doesn’t have to be this way. Setting a bold strategy that embeds climate transition goals in business operations can enable companies to break through those barriers, according to a new paper by Oliver Wyman and the Climate Group. The report, based on interviews with climate practitioners at nearly 30 major companies from a broad range of sectors and countries, identified four key enablers that can help companies get going on climate transition.

First, leaders need to grab the attention of everyone in the organization and get them to focus on why the transition is essential. That demands framing the case for climate action in commercial terms, providing training for everyone from directors to rank-and-file employees, and identifying visible climate champions. PepsiCo includes the estimated cost of carbon associated with commodity purchases to quarterly business scorecards to put the impact of emissions in financial terms.

Companies also need to provide a vision of where the group is going. Leaders will have to decide when to be a pioneer and when to learn from the experience of others, but they should have the bravery to embrace uncertainty and consider making transformative, not just incremental, change. That’s how Denmark’s Orsted turned itself into a global leader in wind power and other renewables from a fossil fuel-dependent utility 15 years ago.

Once the big picture is clear, companies can focus on how to translate their vision into operation at scale. Breaking down the vision into practical action steps and adopting an internal carbon price to drive change – SwissRe will ratchet its carbon price to $200 a ton in 2030 from $100 last year – are some of the ways firms can drive change. Other strategies include collaborating with suppliers or industry peers on sourcing or technology and fostering innovation with a “fail-fast” mentality.

Finally, organizations need to ensure accountability for their climate efforts. That means setting performance targets that are as bold as possible without being unrealistic and assigning responsibility for meeting those targets. Siemens frames its targets around the relative savings of acting now to meet climate commitments rather than in the future to emphasize that the status quo isn’t an option.

There is no single solution that will work for every company, but climate leaders are showing that bold climate visions anchored in business strategy hold the key to a net-zero future. It’s time for everyone to join the transition. 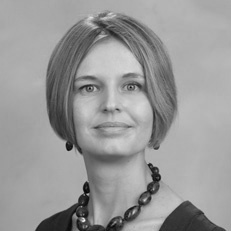 "I’m a big fan of liquidity pools. But if the selling point of a DeFi is we can give you a higher yield and you have no idea where this yield is coming from, well, that’s shady."