With business and world leaders at the COP26 climate summit stepping up their pledges to achieve net-zero carbon emissions, it’s clearer than ever that the future of mobility depends on sustainability. Delivering on those promises demands urgent action, especially in decarbonizing urban transportation networks. To adopt the best practices in technology and policy, major cities can start by looking at Europe, where Oslo has fostered the mass adoption of electric vehicles (EVs) and Paris moved quickly to encourage cycling during the pandemic. Leaders also can take a page from the playbook of Asian metropolises like Tokyo and Singapore that invest in their public transit networks and excel at planning for and responding to natural disasters. American cities offer great examples of multimodality by allowing bikes on public transit and maintaining robust park-and-ride networks. And urban planners can draw inspiration from Latin America, where cities like Bogota and Santiago are rapidly electrifying their bus networks. The stakes are high. Transportation accounts for 15% of global carbon emissions, and 29% in the automobile-dependent United States.    The Oliver Wyman Forum has introduced a Sustainable Mobility Sub-index as part of its latest annual Urban Mobility Readiness Index, and the results are striking. Eight of the top 10 cities in the overall index, which evaluates factors ranging from transport infrastructure and network efficiency to technological innovation and attractiveness for private investment, also rank in the top 10 for sustainability. Green and efficient increasingly go hand in hand in urban mobility. European and Asian cities get this; they dominate the top of the sustainability rankings. US cities lag, with only Washington, D.C., squeaking into the top 20. San Francisco, which ranks second overall but still depends heavily on the automobile, is a modest 23rd in sustainability.

A bus with 40 passengers or a train with hundreds is far more efficient in terms of energy, pollution, and space utilization than single-occupancy cars. Dense urban cities excel here. Hong Kong’s public transit system accounts for almost three quarters of all travel in the city. Most big cities in wealthy countries cluster between 25% and 40%, including New York, London, Beijing, and Tokyo, but Houston, Dallas, and Los Angeles have less than 5% transit ridership.

Cities need to keep investing in their transit networks to make them a reliable, affordable, and green alternative to private vehicles. That’s a big ask at a time when the pandemic has undermined ridership and revenues at many transit networks, but it’s as urgent as ever. San Francisco, where one in four trips is taken on public transit, introduced free or reduced fares for youths, seniors, and low-income people over the past year. Greater convenience – Berlin and Helsinki offer apps that work seamlessly with both public and private transport providers – also can encourage ridership.

Cities also should be looking to accelerate the shift to electric vehicles large and small. Shenzhen replaced its diesel bus fleet with electric vehicles in the space of a decade. Several Latin American cities are following in its footsteps, with Santiago, Bogota, and Sao Paulo rolling out extensive electric bus fleets with the help of Chinese manufacturers.

Electrifying private vehicles can produce green dividends too, especially in American cities where the car is king. This requires a comprehensive strategy involving incentives for EVs, including non-monetary ones like access to high-occupancy vehicle lanes; investment in charging infrastructure, and tougher rules on vehicle emissions and congestion. Oslo has employed all of those measures to turn EVs from a niche product to the dominant vehicle in just over a decade. Pure EVs accounted for more than three quarters of all cars sold in Norway in September 2021.

Cities also can unleash people power. Paris has always had abundant foot traffic, but accident rates prompted the authorities in recent years to improve pedestrian safety and raise penalties for reckless driving. Walking now accounts for half of all travel. The City of Light also responded to the pandemic by creating segregated bicycle lanes, and officials just agreed to expand the network to 180 kilometers to make the city “100% bikeable.”  Actual cycling traffic lags behind world-leader Amsterdam, but Paris is working to close the gap, as are other increasingly bike-friendly cities like Berlin and Washington, D.C.

Cities can’t transform their transportation infrastructures overnight but the path to the future is clear. With vision and commitment, urban mobility systems can become greener, safer, and more reliable. It’s time to start following the leaders.

A View From COP26

Tens of thousands of young activists protested in the streets of Glasgow, Scotland, and around the globe, during COP26. Their message was loud and clear: government and business need to do whatever it takes to keep alive the Paris goal of capping global temperatures at 1.5 degrees Celsius above pre-industrial levels.

Given the urgency, it was discouraging that leaders from key countries did not attend the UN summit or make crucial pledges. But most major corporations were present, heard those youth, and saw their frustration. We know these young people are our future customers, employees, and leaders.

This was the first time the private sector, long considered an obstacle to net zero, was invited to play a major role at COP. It also was the first time I recall business being at the table but not asking for money. The money is there; what business needs is more collaboration with the public sector to unlock it.

Fortunately, momentum is growing. More than a fifth of major corporations have committed to reaching net zero carbon emissions, and new pledges arrive daily. These announcements are welcome, but they need to be matched by actions to improve transparency, education, and, crucially, carbon pricing. For starters, other nations should follow the United Kingdom’s example and require large companies to disclose their climate-related risks.

We’ve already seen how business can transform laboratory experiments into lifesaving vaccines. The same applies to renewable power generation, which has seen solar costs drop more than 80% the last decade. Public policy set the stage and encouraged development, then business transformed it into a commercially viable climate solution.

We need to see more such collaboration in areas like developing electric vehicles, batteries, and supply chains. By some estimates, more than 60% of the technology needed to get to net zero already exists but needs to be deployed commercially.

The Glasgow Financial Alliance for Net Zero (GFANZ) estimates it will take $100 trillion over the next three decades to finance the transition. One of the most impactful pledges at COP26 came from financial firms with a combined $130 trillion in assets, which promised to put climate change at the center of their work.

But business can’t do it alone. We need everyone on the journey, including our female employees and customers. Our research shows that women are the most likely change-makers for climate in areas from corporate leadership to product development, but they are underrepresented in the climate decisions and plans of most corporations and governments.

And we need to listen to and engage with youth. Their mistrust of business and government is palpable and a real obstacle to progress. More than half of 18 to 24-year-olds consider climate change the most important issue of our time, according to our monthly survey.

I agree. The outcome of COP26 did not please everyone, but it kept the momentum alive. Now it’s time for the hard work on delivery, to show we can get the job done. Companies and countries need to create the sustainable future that our next generation deserves.

John Romeo is the CEO of the Oliver Wyman Forum

– Rise in average global temperatures this century if national pledges made at the COP26 climate summit in Glasgow are fulfilled, well above the 1.5 degree goal set.

– Share of electric vehicles (EVs) among new car sales in Norway in September.

–  Valuation of electric vehicle maker Rivian after its first day of trading as a public company. The company delivered 156 pickup trucks as of Oct. 31. 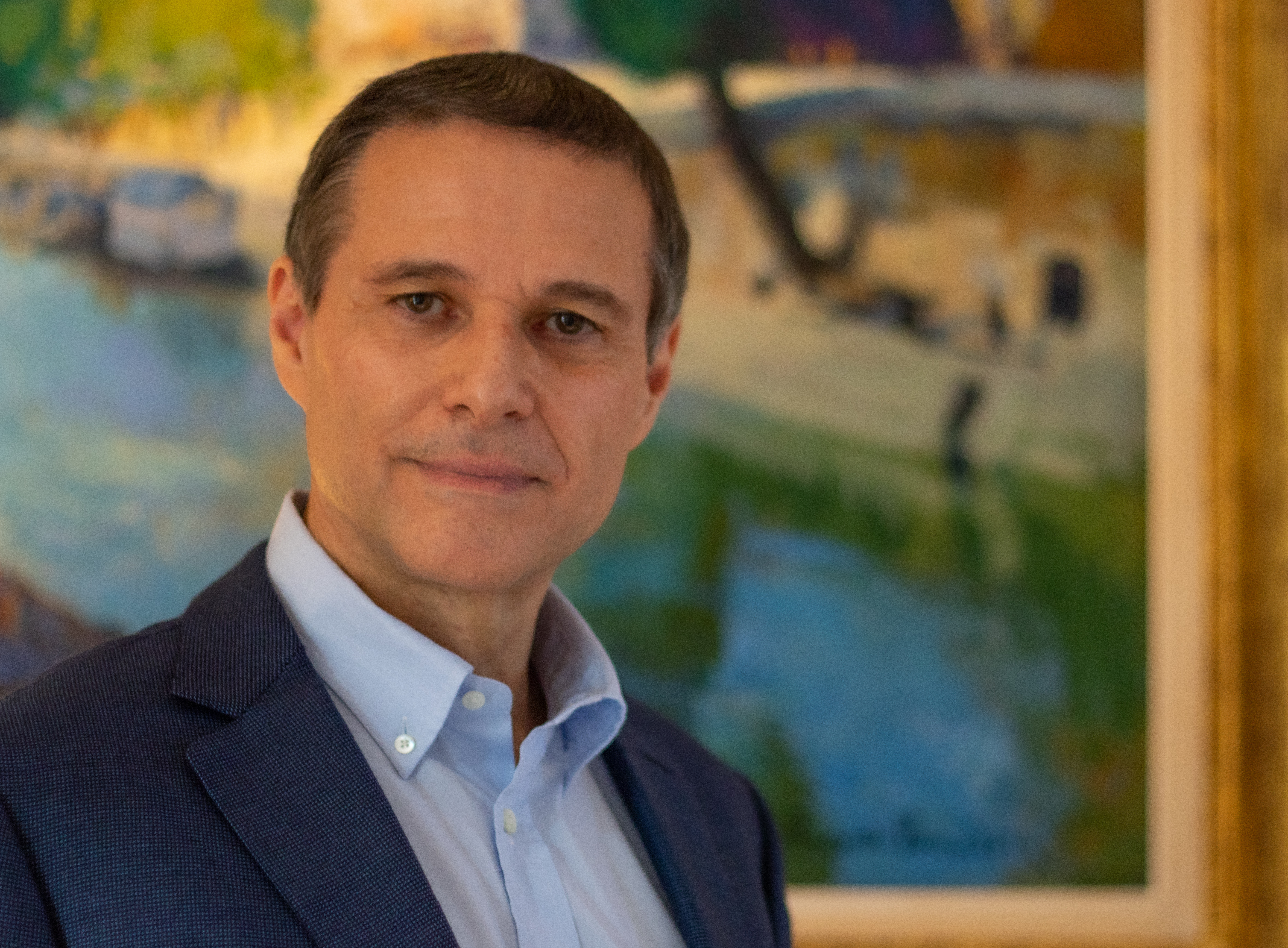 Partner, Oliver Wyman, and developer of the Holistic Market Model

"We went way beyond finance, bringing in elements of accounting, analytics, economics, history, and sociology. What we ended up with was something that explains the market’s ups and downs better than anything before."

November 2021
linkedin facebook twitterbird email
Subscribe to our newsletter
How To Win Gen Z Customers
January 2023
January 2023
How To Win Gen Z Customers
Business needs to figure out these passionate, tech-savvy consumers — or risk losing them
Full article
2023: A Time To Experiment
December 2022
December 2022
2023: A Time To Experiment
Businesses already bruised by the pandemic need to prepare for the next round of challenges and opportunities by trying new things and seeing what works
Full article
Monthly insights on today’s most challenging problems for business, public policy, and social enterprise leaders.
Subscribe
More Past Editions
More Past Editions