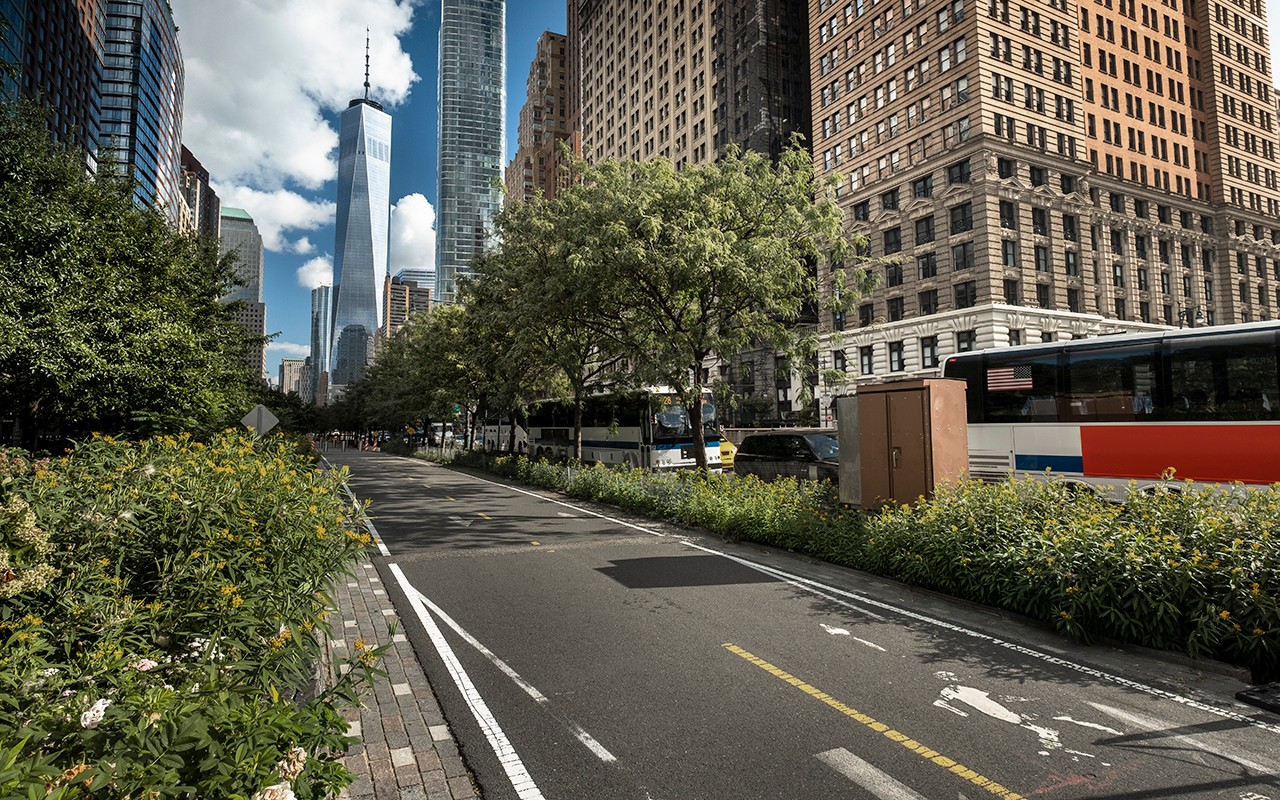 This article was originally published in the World Economic Forum on October 14th, 2022. It was co-authored by Steffen Rilling, a principal in Oliver Wyman's automotive and mobility practice.

New mobility services – everything from bike and e-scooter rentals to car-sharing and smart parking systems – are growing rapidly and could reduce congestion, pollution, and dependence on privately owned cars. That’s a big win for city governments, which are offering bike lanes and other incentives to encourage adoption.

But rolling out these services effectively while preserving critical mass-transit networks requires careful planning, and that isn’t always happening. Lifestyle changes triggered by the pandemic have complicated the task by accelerating the use of new services in some cities, in some cases rapidly.

Global annual revenue of 13 of the most popular new green mobility services is expected to grow to $660 billion in 2030, up from $260 billion in 2020, according to a recent study by the Oliver Wyman Forum and the Institute of Transportation Studies at the University of California, Berkeley.

Such growth wasn’t a problem during the height of the pandemic because mass-transit was mostly shut down or curtailed. But the competition between new and old mobility is becoming a major challenge now, as efforts to get workers back to the office speed up and streets and trains are becoming more clogged.

There are three main ways cities can encourage new, green mobility options for the long-term, without reducing mass-transit ridership.

1. Make the most of micromobility

Cities can tap into the full potential of micromobility – the services that let users rent e-scooters, bikes, and mopeds for single trips – by focusing initially on areas with limited or no mass-transit. While electrified bus, streetcar, and light-rail systems are by far the most efficient and environmentally friendly modes of motorized urban transportation, they don’t take people everywhere they want to go. Micromobility can provide the last leg of commutes, especially in cities with a lower density of train stations.

An average electric kick-scooter trip lasts only about 12 minutes. Even in the car-dominated United States, 60% of all trips are 5 miles (8 km) or less – distances that can easily be covered on an electric bicycle or moped. Micromobility can sometimes offer an affordable and low-emissions alternative to taxis. Subsidies for lower-income commuters to use micromobility services can also contribute to social equality.

To boost synergies between new mobility and mass-transit, cities can set up micromobility hubs at subway stations. An analysis in Washington, D.C. showed that a 10% increase in annual usage of the Capital Bikeshare programme would contribute to a 2.8% increase in average daily metro ridership. As part of its Mobility Strategy 2035, Munich is planning to install up to 200 mobility hubs, where users can find shared bikes, cars, and scooters, many connected with subway stations.

Use of micromobility also tends to flourish when space to ride is designated, such as bike lanes that run alongside city streets. After London constructed two cycling superhighways, 200% more bikes passed a point on one of them and 124% more passed a point on the other.

Geographically large and less dense cities are likely to remain car-dependent for the foreseeable future, but car-based mobility services, such as car-pooling, car-sharing and ride-hailing, as well as on-demand buses can help reduce the pressure on parking. The typical privately owned car is parked 95% of the time, and many of these cars prevent road space from being used for other purposes, such as bike lanes or tram lines, or lead to prime urban land being diverted for car parks. Ride-hailing services can, however, add to congestion, as many of the cars drive around seeking customers. And vehicles used in hailing and sharing services will generate emissions if they’re not electric.

Parking spaces can be better used through smart payment systems – online platforms and apps that match drivers with available spots and enable payment – reducing traffic caused by cars searching for somewhere to park. After taking off in Europe, smart parking systems are now gaining traction in North America, where the Oliver Wyman Forum forecasts enormous growth – from $700 million in 2020 to $21 billion in 2030. In the future, new technology under development – based on satellites or sensors embedded in the ground – could identify which parking spaces are free and transmit this data to cloud-based platforms, further accelerating autonomous services.

3. Make long-term green mobility plans and stick to them

To work effectively, measures to promote new modes of green mobility need to be part of a wider plan. Cities such as Paris are already implementing these strategies. The French capital announced in 2020 that it would become a “15-minute city” – one in which residents can easily reach essential services in that time by bike or on foot. Amsterdam, which regularly scores highly for urban mobility, announced in 2019 that it would remove 11,000 parking spaces by 2025 to make the city greener and more accessible. It combined this with other strategies, such as getting people to exchange their cars for a shared-mobility budget for one or two months.

But the politics of implementing these plans are often tricky. Some motorists become disgruntled when parking spots are reduced. Brussels, for example, is struggling to extend its network of bike paths in the face of complaints that cheap, on-street parking places will be lost. Some Paris shopkeepers said plans to build 110 miles (180 kms) of permanent segregated bike paths between 2021 and 2026 could ruin their businesses.

That makes it essential to frame new green mobility policies in positive terms and not in opposition to cars. Each measure needs to show a clear improvement in affordability, urban environment and travel from point A to B. Ultimately, cities need a long-term strategy that has clear objectives and does not depend on election cycles, which are too short for significant improvements in infrastructure – and for these to yield results.