As the race to net zero gains momentum, cities are moving to make their transportation networks greener and healthier 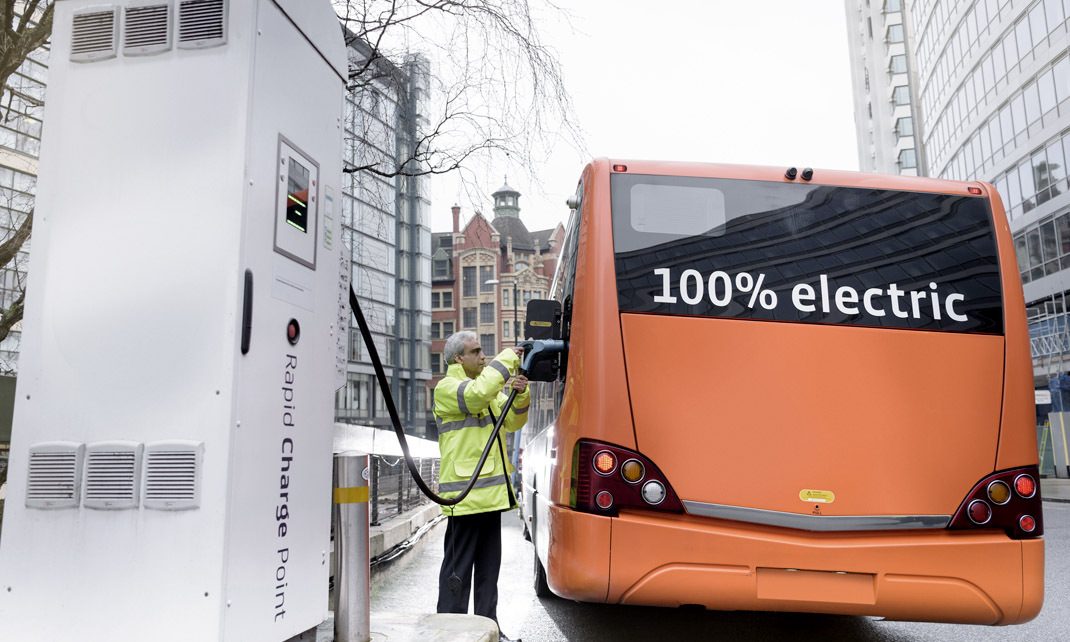 Planners are repeatedly reimagining urban transportation. Baron Haussmann transformed a medieval Paris into the city we know today with his grands boulevards in the 19th century. Around the same time London pioneered the first underground railway, a name that graces the city’s metro to this day. Robert Moses broke up New York City neighborhoods with his highways, foreshadowing the automobile’s disruption of America’s urban fabric in the 20th century.

Today the world’s metropolises are at a new inflection point. With evidence proliferating about the threat of climate change and transportation generating 15% of global greenhouse gas emissions, it’s clear that the future of mobility depends upon sustainability. That means investing in modern, efficient public transit networks, accelerating the shift to electric vehicles (EVs), and making streets safe for pedestrians and cyclists.

The Oliver Wyman Forum’s latest annual Urban Mobility Readiness Index includes  a sustainable mobility sub-index for the first time, and the results are striking. Eight of the top 10 cities in overall mobility, which evaluates factors such as transport infrastructure and technological innovation, also rank in the top 10 for sustainability.

These findings are just as relevant to the private sector as they are to city transportation officials. Business has a strong interest in the safety, efficiency, and sustainability of urban transit networks. because they affect the commuting time and productivity of workers and the economic vitality of the wider metropolitan area. The private sector plays a crucial role in developing newer modes of transport, like ride-hailing and e-scooters, and increasingly partners with the public sector to develop roads, railways and other transportation infrastructure.

Who are the leaders in today’s urban mobility? In Hong Kong, nearly three out of every four trips is taken on public transit. The city combines an extensive rail, metro, and bus network with one of the world’s highest population densities, leaving almost everyone in close proximity to a transit station. Elsewhere, Berlin and Helsinki offer apps that work seamlessly with both public and private transport providers, encouraging ridership, while San Francisco has introduced free or reduced fares for youths, seniors, and low-income people to rebuild ridership from its pandemic lows.

Oslo fosters electrification by offering incentives for EVs, including access to high-occupancy vehicle lanes, and investing in charging infrastructure. EVs now account for over three quarters of new car sales in Norway. Amsterdam, Stockholm, and Beijing have pursued similar strategies to fuel the growth of EVs while Bogota and Santiago are electrifying their bus fleets.

Safer streets can encourage more walking and cycling. Paris is greatly expanding its network of segregated bike lanes. Amsterdam’s reputation as a cycling capital is unchallenged, but did you know that roughly one trip in eight is made on a bike in Tokyo and Beijing? Milan, Paris, and Sao Paulo have expanded car-free corridors to encourage more foot traffic.

Cities can’t transform their infrastructures overnight, but with vision and commitment they can make their mobility systems greener, safer, and more reliable. It’s time to start following the leaders.