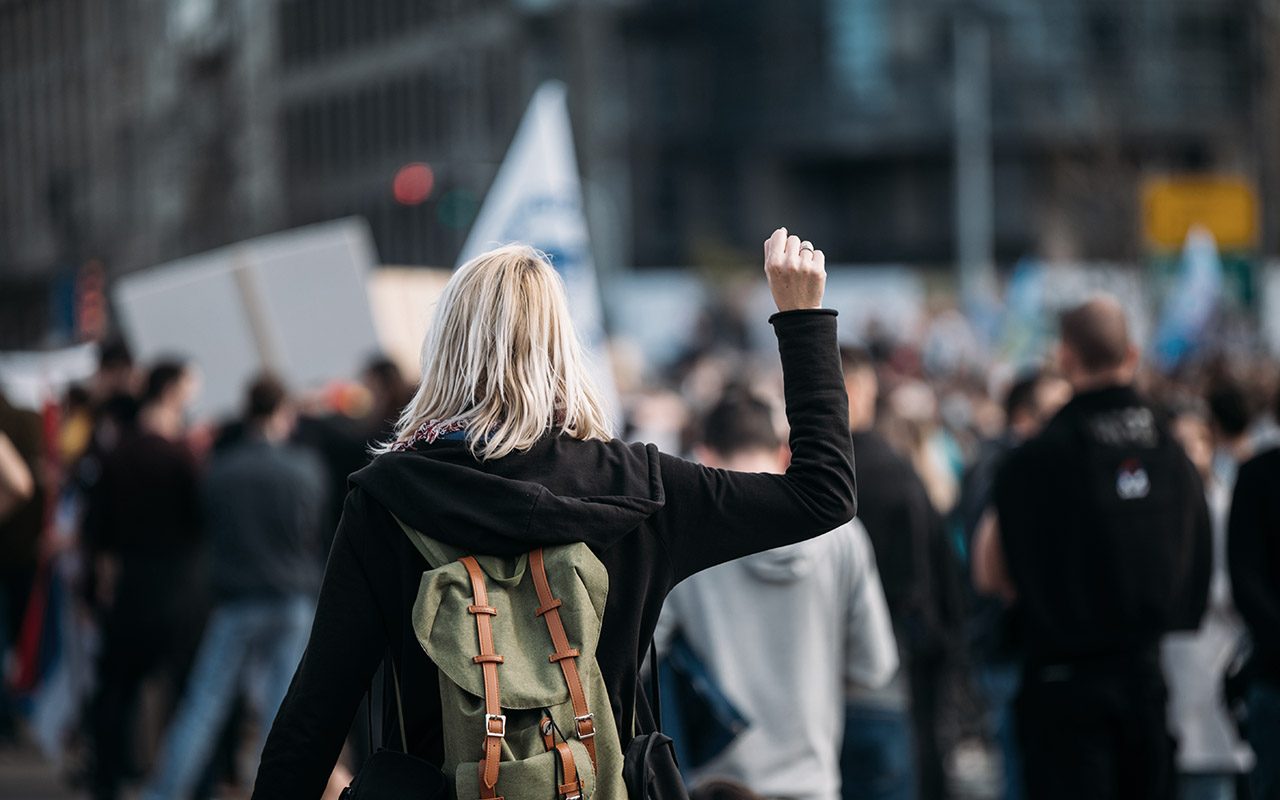 This article was originally published in the World Economic Forum on April 4th, 2022.

As the pandemic enters its third year, women continue to bear a disproportionate share of burden, pain, and sacrifice.

In my case, when COVID-19 hit, I reverted to habits learned as a child after immigrating to the United States. I ignored the stress closing in on me and fixated on work and family. It wasn't until months later when a severe concussion limited my activities and required months of care, that I realized how much the pandemic had adversely affected my mental and physical health.

Today, I have a renewed focus on my wellbeing, more creativity and determination and have reassessed how I support my family and wider society. Although unwillingly, millions of women have had similar transformations these past two years, which has made us stronger, more resilient, and more self-focused than before.

The Future of Things

The Oliver Wyman Forum has been studying how business and society have changed during the pandemic and the groups and trends likely to shape the post-pandemic world.

Our recent survey of more than 100,000 people in 10 countries shows that women today are focusing more on their health, learning new skills to find more secure jobs, and embracing digital technologies faster to remain safe and connected at home and work. As a result, they leave jobs with inadequate pay, prioritize the benefits and flexibility they want and spend more of their time and money on what's important to them.

The survey identified eight key behavioural archetypes emerging from the pandemic poised to shape the economy and society in the years ahead. These personas, which comprise 58% of the population, are either brand new or have changed so much during the pandemic they are barely recognizable. For example, "digital bloomers" once avoided technology at all costs but now embrace it and "new collars" are former blue-collar workers who learned new skills during the pandemic.

Some groups, like "hivemind investors," are overwhelmingly male but women are still making an impact as they re-focus their personal lives, careers and roles in society.

Mainly female and largely millennial, wellness protagonists have decided that self-care is a critical priority, using wearables and other technology to focus on prevention, mental health and a new sense of wellbeing.

Together, they comprise more than 20% of the population; almost 90% of them now exercise regularly, more than twice the overall average, and are more than seven times as likely to use a virtual service.

Millions of women who once favoured in-person doctor visits, banking and pharmacies have gone electronic, teaching themselves or learning from friends and family how to use everything from video chats to phone payment apps. Many have begun to see doctors regularly rather than wait for a medical crisis, often through telehealth.

Digital bloomers are likely to become bigger consumers of such products and services and will influence how they are designed, marketed and used.

During the last two years, some of the biggest changes took place at work, with almost half the women surveyed saying they were willing to look for a new job, while 12% had already found one. The pandemic was especially difficult for the many blue-collar workers laid off or having to work on the frontlines.

Enter the "new collars" – blue-collar workers willing to change jobs for better salaries, more work-life balance, flexibility, and professional growth and advancement opportunities. The survey found that 74% of blue-collar workers sharpened their skills during the pandemic in hopes of landing better paying and more secure jobs. This group accounts for 23% of the general population.

Men still dominate the ranks of blue-collar workers overall but globally, 43% of new collars are female. One key gender-based difference was that men were more willing to pay for training, something women should be encouraged to do for career advancement.

Some women emerged from the pandemic even more committed to society-improving causes; notably, they were disproportionately concerned about climate change. Climate catalysts are typically 35 years of age and older. While 56% of climate catalysts worldwide are female, in the United States, that figure climbs to 62%.

This group was already frustrated with business and government but when they saw how quickly the world could mobilize to tackle COVID-19, they grew more fervent to help mobilize potential climate activists.

Climate catalysts want businesses and government to do more and are willing to abandon companies that don't. Almost three quarters said they avoid companies they don't think value climate change and 68% said they seek out sustainable brands.

Almost 85% said they are willing to pay a premium for sustainable offerings.

The key takeaway of the survey is that women are emerging not only different, but in many ways better.

As another period of global turmoil unfolds with war and a refugee crisis looming overhead, no one knows what the future will bring, but the resilience that women have shown during the COVID-19 crisis will be crucial in whatever comes next.

July 11, 2022
By Ana Kreacic
linkedin facebook twitterbird email
More from the Oliver Wyman Forum
The Virtual Natives
January 13, 2022
Global Consumer Sentiment
Renaissance 2022
The Virtual Natives
Demanding and in-demand, Virtual Natives are disrupting the working world.
Read more
The Psychedelic Explorers
January 13, 2022
Global Consumer Sentiment
Renaissance 2022
The Psychedelic Explorers
Embracing the therapeutic use of psychedelics, some used the lockdowns to travel further inside.
Read more
The Citizens of the Metaverse
January 13, 2022
Global Consumer Sentiment
Renaissance 2022
The Citizens of the Metaverse
Ready to embrace an augmented reality, they’re uploading their consciousness and not looking back.
Read more