How Business Can Herd Us to Safety

With more trust than governments or nonprofits, the private sector can help get more people vaccinated. The record-breaking development of COVID-19 vaccines suggests light at the end of the pandemic’s long and painful tunnel. Yet the rollout has lagged, and public skepticism is significant, casting doubt on whether enough people will get vaccinated to achieve herd immunity and restore more-normal economic and social activity. Business will have a crucial role to play in getting us there. The spread of a more-infectious variant of the coronavirus makes it harder to bring the pandemic under control. Oliver Wyman’s analysis indicates that between 67 percent and 75 percent of the US population will need to acquire immunity to achieve that goal. We estimate the current level of immunity, gained through infection or effective vaccination (meaning two doses), at just over 20 percent. That suggests that a little over half of all Americans still need to be vaccinated or gain immunity through natural infection.  Can we get there? Production and logistical snags have slowed the pace of vaccination in the United States and much of Europe. In one of his first official acts, President Joe Biden empowered the government to order faster production of vaccine materials. The private sector is ready to help. One multinational retailer is preparing to deliver up to 13 million doses a month through its 5,000-plus pharmacies in the US and Puerto Rico.  Overcoming public skepticism could be a bigger hurdle, though. Only 43 percent of Americans are very willing to get the vaccine, according to a new Oliver Wyman survey. Another 18 percent say they are somewhat willing but nearly 15 percent said they would never get the shot. By comparison, 70 percent of UK respondents said they were very or somewhat willing to get the vaccine; fewer than nine percent said they would never get it.

How willing are you to get vaccinated against COVID-19?

That resistance is hardly surprising. Americans received conflicting messages about the coronavirus and protective measures from the previous administration, and trust in government has fallen sharply. Yet here is an area where the wider business community can help lead the vaccination drive.

For starters, business enjoys greater trust than governments, NGOs, and the media, according to one closely followed survey. Companies also have an interest and obligation in helping to protect their employees from the virus. Finally – and here’s the clincher – it’s good for business.

How likely are you to visit a business that has vaccinated its staff?

Our survey finds that nearly 60 percent of respondents in both the UK and US would be more willing to frequent a shop, restaurant, doctor’s office, or other business that has vaccinated all its staff. That’s a number too big to ignore in a time of massive disruption and economic distress.

The pandemic offers a clear case where the responsible action is also the most commercially attractive opportunity. Business should seize it with both hands and do everything it can to drive up vaccination and get us protected.

Cybersecurity Is a Team Sport
Fast Facts, By the Numbers

Nearly 50 countries around the world will commemorate Data Privacy Day on January 28 with public service campaigns and other initiatives to inform people how to better control what information they share online. The need is overwhelming.

350 - The number of brands that hold data on the average person. Source:Say Mine Technologies.

$65 - The price on the dark web of stolen online banking logins for accounts with a minimum balance of $2,000. Source: PrivacyAffairs.com

36 billion - The number of records revealed in 2,953 publicly reported data breaches in the first nine months of 2020, double the level in all of 2019. Source: Risk Based Security.

Vaccine rollouts aren’t the only ways that business can play a central role in building back better. The rise of artificial intelligence in making credit decisions can help banks overcome historical biases that have long determined who gets credit and on what terms. Machines may have the allure of objectivity but they often exhibit the same behaviors as humans thanks to a diet of biased credit decision data from lending’s unwelcome past. One study found that although fintech algorithms charge minority borrowers 40 percent less on average than in-person lenders, these borrowers are still assigned extra mortgage interest.

While regulation in Singapore, the United Kingdom, and other European countries requires firms to promote fairness in their use of AI in lending, the question still stands: How can firms accomplish this?

The key lies in building AI systems to encourage greater equity rather than historical accuracy. It’s not about how loans or mortgages were issued in years past, but how the money should have been lent in a more equitable world.

One lender, for example, found with AI that women would need to earn 30 percent more than men on average for an equivalent loan to be approved. The lender then retroactively balanced the data powering its AI credit decision model so that the proportion of loans previously made to women was closer to that of men with an equal risk profile. The AI was then able to approve loans more equitably by gender. 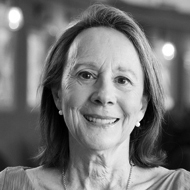