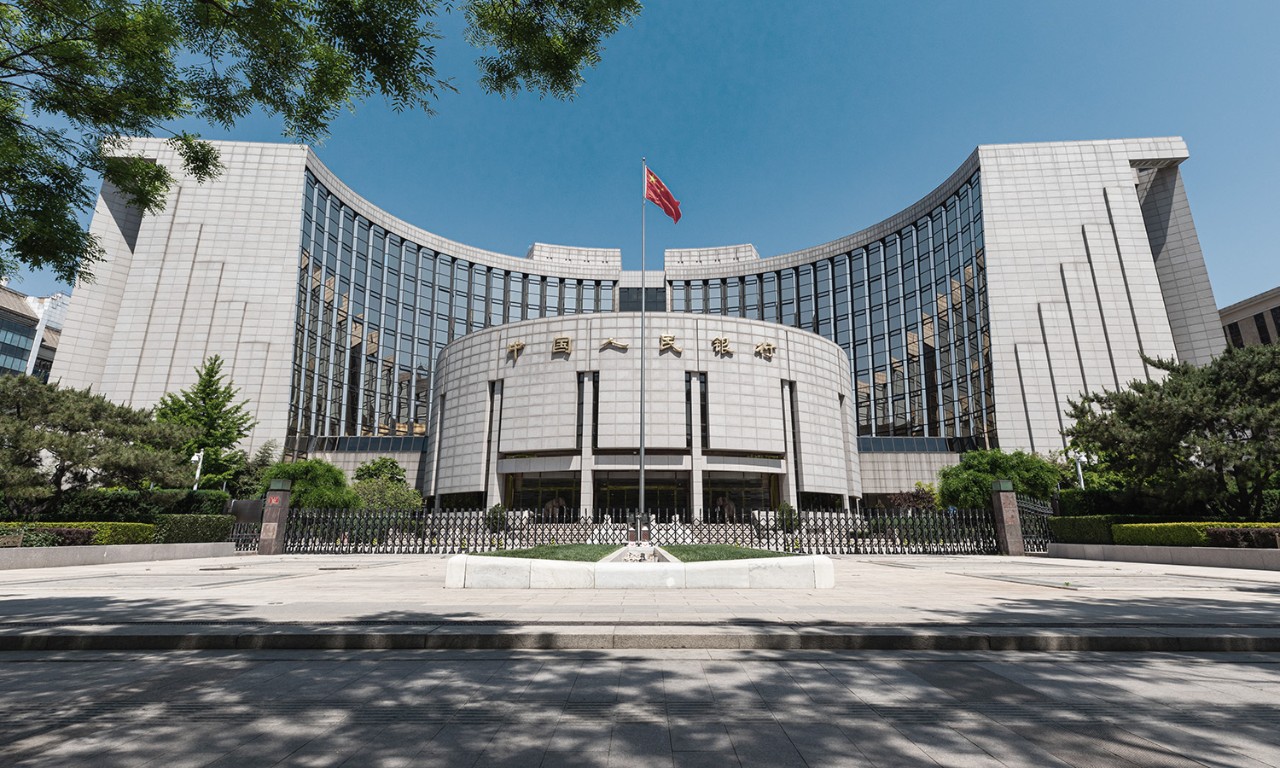 The People's Bank of China, pictured here, is experimenting with a digital version of the yuan. 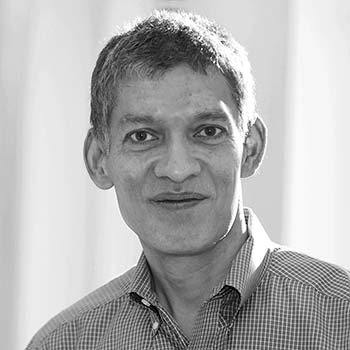 Money is society’s essential lubricant, fostering commerce and enabling us to value things, but few of us ever think about the concept of money itself. That’s about to change as technology, which has refashioned out economies in recent decades, is on the verge of driving profound changes to the ways we consider and use money.

The launch of Bitcoin in 2009 using blockchain technology raised the prospect of new forms of money free of government control and peer-to-peer transactions verified by computer, not banks. In a little over a decade, this innovation has exploded into a world with thousands of cryptocurrencies with a combined worth of nearly $2 trillion. Banks and technology companies are experimenting with their own digital assets, and dozens of central banks – including the People’s Bank of China, the European Central Bank and the US Federal Reserve – are considering or testing digital currencies.

“The launch of central bank digital currencies (CBDCs), which I started thinking might come in five to 10 years, is going to happen in a much shorter timeframe,” says Eswar Prasad, a professor of trade policy at Cornell University and author of the recent book “The Future of Money: How the Digital Revolution Is Transforming Currencies and Finance.” The right design choices could foster a cheaper and more inclusive financial system, he says. But if not well handled, he adds, this transformation risks undermining confidence in money, rattling the banking system, and reinforcing the power of technology companies.

Digital technology is driving arguably the biggest change in money since China introduced paper currency a thousand years ago. What's at stake, and how might it affect governments, companies, and consumers?

Digitalization offers enormous opportunities for the betterment of people's lives. It not only has enabled the creation of new products and services that better serve the needs of consumers and businesses, but it's also provided more efficient ways of providing basic products and services so they can be more broadly accessible at lower cost. But there are potential challenges as well. We might lose certain elements of society that we care a great deal about, such as privacy and confidentiality in our financial lives.

Do you think the United States should introduce a central bank digital currency, and if so, why?

It's worth thinking about the motivations for issuing CBDCs. In some countries, particularly developing economies, it is to broaden financial inclusion by giving people easy access to a low-cost digital payment system. In Sweden, where the private sector is doing a perfectly good job of providing digital payments, the motivation seems to be creating a public backstop in case that private payments infrastructure has a technological failure or loss of confidence. Then in China, the objective seems to be to create an alternative payment system to the big technology players that dominate payments.

The United States is a rich economy but about 5% of households are unbanked or underbanked. A digital dollar could ensure that everybody has access to low-cost digital payments and create some competition in the payment space. It also could combat corruption and pull more economic activity out of the shadows and into the tax net. But it’s not without risks. It could end up squelching private sector innovation in payments and threaten the commercial banking system if people shifted deposits to the Federal Reserve. But I think it's a matter of inevitability if the Fed wants to retain the relevance of central bank money at the retail level.

The arguments, pro and con, that I hear from policymakers are fairly evenly balanced, yet retail CBDCs seem nearly inevitable in most countries. Is that how it seems to you?

China is experimenting aggressively with a digital version of the yuan while India plans to roll out CBDC experiments sometime in 2022. In both countries the user case is quite weak. In China, Alipay and WeChat have blanketed the country with digital payments that everybody has access to. In India, the unified payments infrastructure was set up by the government to ensure interoperability and easy access to all payment providers. There too the use of cash is disappearing. So, you might ask, “Why bother with a CBDC?” In both those cases, it seems to be more a matter of maintaining contestability in payment markets and also ensuring that central bank money remains relevant at the retail level. Do you really need central bank money at the retail level? Central bankers can still conduct core monetary policy functions by affecting the cost of funds, even if it's not issuing paper currency.

Competition, I think, is a better way to think about this. A CBDC can, at the margin, broaden financial inclusion, and it can also ensure that there is a more-level playing field in payments so long as the design doesn't end up squelching private-sector innovation or threatening commercial banks. The Bahamas show how you can prevent a flight of deposits from the commercial banking system by essentially putting a cap on the amount of money that can be held in a CBDC account. The dual-layer approach that China and Sweden are adopting in their experiments leaves a central bank in the position of providing payments infrastructure, but the front-end – in terms of maintenance of CBDC digital wallets and innovating in payments – is left entirely to the private sector. These issues have to be thought about carefully, country by country, rather than taking some off-the-shelf design.

A big driver of CBDCs was the proposal by Facebook and others to create a stablecoin that was initially called Libra (now diem.) In the view of some policy makers, history suggests private money always blows up, and it feels dangerous to them to allow central bank money to be displaced by private stablecoins. Do you share that concern?

Stablecoins issued by corporations like Facebook are being built on top of social networks or commercial networks that have very widespread reach. Having a native token to facilitate transactions in those ecosystems makes a lot of sense. But it means a bifurcation of the roles of money, where the medium-of-exchange function is being managed by a private corporation while the store-of-value function remains with fiat currencies.

It’s worth remembering that historically there has been competition between government-issued and private-sector currencies. The emergence of central banks largely settled that competition in favor of central bank currencies, but now we're coming back to an era of competition between privately issued and government-backed currency. That could induce more policy discipline and ultimately might be a good thing, but it does pose the risk of enabling existing large corporations to accrete even more economic power.

There has been concern in policy circles about the reserves backing some stablecoins. Do you think stablecoins can be made safe to play a major role in the financial system, and if so, what key elements are required?

Stablecoins have a valid user case. Digital payments, even within some advanced countries, remain plagued by inefficiencies. Cross-border payments are beset by enormous frictions and impediments. Having better payments systems is a very attractive proposition. But stablecoins come with a variety of risks. It's not clear how they would be regulated. Are they collateralized to the extent that their issuers claim? Could they end up creating the sort of financial risks that we saw in 2008 with money market mutual funds, which were supposed to be very safe investments backed by very liquid securities?

Enlightened regulators are facing this difficult challenge of how best to make sure that they do not endanger financial stability while at the same time leaving some space for truly innovative financial products and services that could be generated by these new technologies.

You have raised the idea of using a CBDC to effectively set negative interest rates by reducing account balances, but I have never heard a policy maker bring this up. Is that because they think it’s impractical, or because raising this possibility could make it impossible to implement a CBDC?

This is certainly not an issue central bankers would be eager to bring up in public. Once one introduces into the debate the possibilities that a CBDC allows, it could bring up a lot of political and social opposition.

Every central bank that is undertaking CBDC experiments is indicating it will not move forward without a clear signal from the government. Sweden’s central bank has made it clear that it will do the technical work necessary for issuance of a CBDC and provide a report of the pros and cons when the second phase of experiments concludes next year, but it will ultimately be up to the Swedish Parliament to decide whether to move forward or not. The Fed has taken a similar position in its recent discussion paper on CBDCs, saying it would pursue a CBDC only in the context of broad public and cross-governmental support. These societal considerations will need to be resolved through a political mechanism. These are not purely economic or technocratic matters.

January 27, 2022
By Douglas J. Elliott
linkedin facebook twitterbird email
More from the Oliver Wyman Forum
Are Cryptoassets Tulips or Dot-coms?
January 27, 2022
Future of Money
Regulation
Are Cryptoassets Tulips or Dot-coms?
Our new paper suggests the answer may lie somewhere in the middle, and could lead to more effective policy responses
Read more
How We Digitize Finance Will Reveal Society’s Values
January 27, 2022
Future of Money
Q&A
How We Digitize Finance Will Reveal Society’s Values
The big questions center not on technology but on how to prioritize privacy and anonymity, and to cope with irrational behavior, says MIT’s Sandy Pentland
Read more
The Hivemind Investors
January 13, 2022
Global Consumer Sentiment
Renaissance 2022
The Hivemind Investors
Empowered by the masses, they democratize finance and are reinventing the world of retail investing.
Read more