Dunsmuir Street, one of Vancouver's more than 450 kilometers of designated bike lanes. Credit: City of Vancouver.

In the run-up to the 2010 Olympic Winter Games, Dale Bracewell had to find a way to accommodate a surge of tourists that would swarm Vancouver. His solution? Sustainable mobility options like enhanced pedestrian routes and increased mass transit capacity. 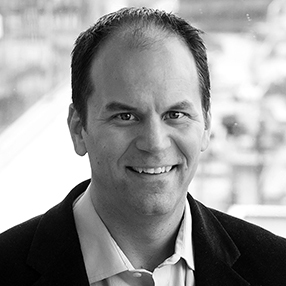 Bracewell, the city’s manager of transportation planning, remains focused on the same goal despite a 60 percent decline in mass transit ridership during the pandemic. He wants sustainability to drive the city’s transport strategy after the coronavirus subsides and transit passengers return.

Bracewell helped design a Climate Emergency Action Plan that the city council approved in December 2020. It aims to reduce emissions by half by 2030 by focusing on a variety of initiatives including mandating the use of low-carbon building materials and implementing a road user fee for vehicles to drive in the city center to fund other mobility initiatives, like more space for walking, cycling, and transit in Vancouver’s downtown.

Some stakeholders have raised concerns about the affordability of transport pricing for low-income residents, who face a long road to recovery after COVID-19. Bracewell says that it is crucial to engage with the community to hear people’s concerns and develop a strategy that works for everyone.

“Suppose these communities want to add more sidewalks in their neighborhood,” he hypothesizes. “Now we have a potential new revenue stream that can help support it.”

Bracewell stresses that aggressive, short-term goals that are equitable to all segments of the community hold the key to lowering carbon emissions. The new plan, for example, calls for at least two-thirds of daily trips to be taken by foot, bike, or transit by 2030 – a decade sooner than the city’s existing target.

“Some cities might have a great long-range plan, but if it’s on-the-shelf and not being lived out into five-year implementation plans, it’s likely to fail,” he says. “We try to see that the investment goes towards specific, council-approved targets and goals. And when we hit the targets set out in our roadmap, we’re ready to present an even bolder vision in the next iteration.”

That’s a lesson that every city should heed.

Bracewell recently spoke with Patrick Lortie, a partner with Oliver Wyman’s Transportation practice, and Som Ghosh, a founding member of the Oliver Wyman Forum’s climate and sustainability initiative, about green mobility and what other cities can learn from Vancouver.

This interview was completed in December 2020, immediately after approval of the Climate Emergency Action Plan. Since then, the city has further developed its transport pricing strategy.

What do you think the long-term impact of the pandemic will be on mobility?

Although we started creating our climate action plan over a year ago, we’ve had to pivot in the last nine months to accommodate trends like remote work. We know that a certain amount of that remote work is going to continue once we have a vaccine and people are more comfortable moving about. We want to leverage that. Ultimately, urgent climate action means enabling a faster shift for more people to walk, to bike, to take transit instead of using cars. Moreover, we need to take advantage of the 10 or 20 percent of people who will continue remote working to reinvent our public space to better serve greener mobility modes.

Mobility will also play a key role in economic recovery. We want to keep improving transit time and reliability while also working with the city’s business associations to shape how we provide mobility services. We’ve transformed some curb travel lanes to become bus lanes and have extended them up to the business district, for example. And where businesses have desired parklets, wider sidewalks, or other public space needs, we’ve chosen not to extend bus lanes through those business areas.

Besides a shift to greener options, what are the other important elements of the Climate Emergency Action Plan?

There are two mobility game-changers that are coming out of that plan.

The one that caught of a lot of attention is what we’re calling transport pricing. It’s essentially pricing vehicle trips into Vancouver’s downtown during the busiest times. It’s where street space is the most constrained and where we’ve got the most jobs, people, and demand for public space and access to parks. The concept of transport pricing is based on the experience of Singapore, London, and Stockholm, where pricing vehicle trips encourages you to walk, bike, or take mass transit.

The other game changer is our city-wide parking permit strategy. Right now, only about 10 percent of street parking in residential neighborhoods is priced, but that will extend to every part of the city with this new permit parking system. The permit cost might be very small in some parts of the city or only needed during the day. The main takeaway is that there is always a premium for that public space to store a vehicle. We think now is the time to engage people in better managing that street space.

Has COVID-19 exacerbated concerns about equity and affordability in commuting downtown?

Anybody’s concerns about affordability matter to us. We want to be open with our communities about what the plan would mean for them from an equity perspective.

What we do know is that a predominant part of our lower income population is already taking transit, so this is where the transport pricing helps. It takes some cars off the road so if you did still need to drive, there would be a price, but it would be a more reliable trip.

We’re not proposing to introduce transport pricing so high that we’re definitively pricing congestion away. What we’re trying to do is say that there’s a value in the limited amount of road space we have. This is another tool in our effort to encourage a shift to sustainable modes to move more people, and yet we need to do that in a way that hasn’t been done in London, Stockholm, and Singapore. Their primary goals were ultimately about congestion and revenue generation. We are using the same pricing concept but it’s not the same goal. Climate change is driving our initiative.

Over the next year, we will engage stakeholders and the broader public to share the problem that transport pricing will address and to understand their concerns and interests. We will use this feedback to shape the transport pricing strategy for Vancouver.

What can cities looking to create their own climate plans learn from Vancouver?

The importance of a solid, visionary plan with specific targets that you measure and hold yourself accountable to as a staff is essential. You should also be transparent to your political decision makers on the necessary actions that ultimately point towards the goals that have been approved, even if they are not easy.

But it’s not just about engagement with the decision makers. We as staff will never be able to present to our city council the best plan without engaging the community and government partners. In creating the Climate Emergency Action Plan, our sustainability team conducted four different surveys to monitor resident attitudes towards all the climate change initiatives, including those in mobility. We also set up a stakeholder committee with people from mobility advocacy organizations, poverty reduction associations, TransLink, and Metro Vancouver to review and provide input in the climate actions identified by staff to reach our emissions reduction targets. Pricing also requires directly consulting with the provincial government and discussing how it matches up with their CleanBC goals.

We’re always looking towards the cities that we see as a decade ahead of us as role models. Some will critique that we’re inspired by a European city like Stockholm or Paris, saying “we’re not Europe.” Nevertheless, we’ll continue to leverage our great staff to staff international mobility network, in part thanks to our participation in C40 Cities.