How Executive Sponsors Can Help Address the COVID Gender Gap

During a time of devastating loss for the female workforce in the US, executive sponsors can play a role in strengthening the pipeline of women leaders in organizations. 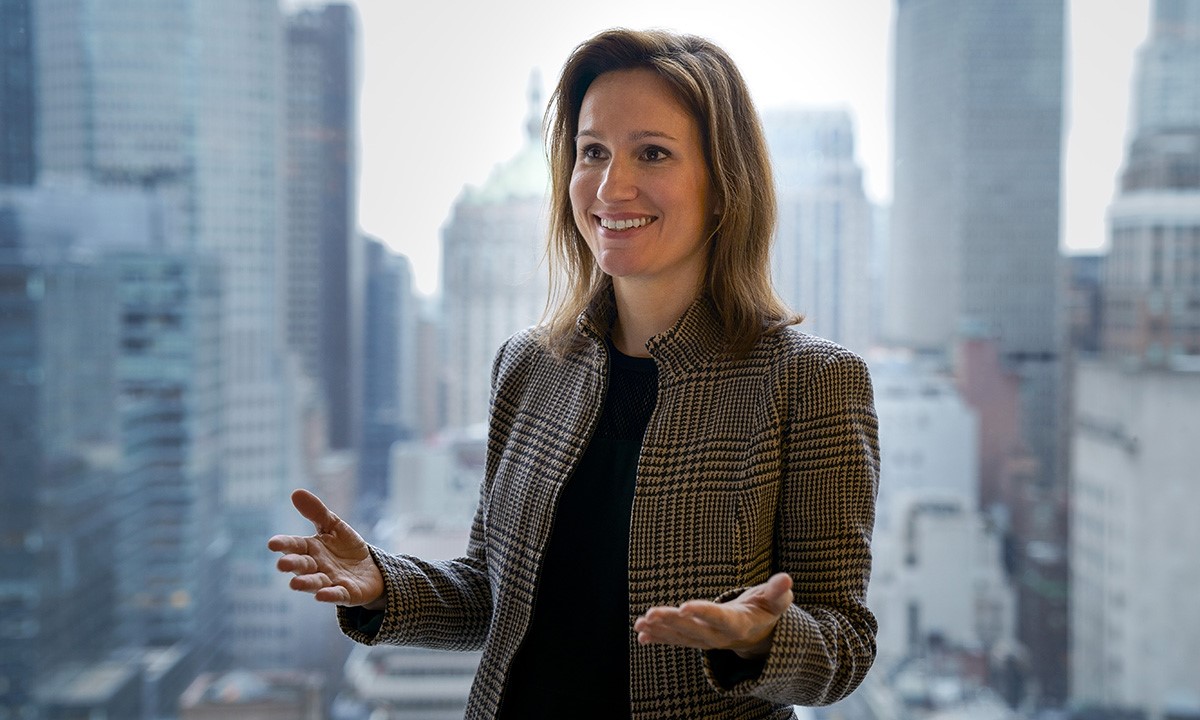 When I was growing up in former Yugoslavia, my father would arrive home from work with bouquets of carnations for my mother and me on International Women’s Day. My husband has continued the tradition for our children, but this year’s Women’s History Month feels bittersweet.

I rejoiced in January when Kamala Harris became the first female vice president of the United States. But I was saddened when, in the same month of her historic inauguration, female representation in the US labor force hit a 33-year low. In the past year, nearly 3 million American women have lost their jobs or left the workforce, many overwhelmed by the added family responsibilities and financial stressors brought on by the pandemic. Vice President Harris recently declared this exodus “a national emergency.”

She is so right. My organization’s research substantiates her reasons for alarm. In February, the Oliver Wyman Forum’s monthly consumer sentiment survey showed that nearly a quarter (24 percent) of 731 female respondents in the US had suffered financially because of the pandemic. Sixteen percent said their careers had been adversely affected. The pandemic has also had widespread negative effects on people’s mental health and well-being, and our survey found a gender divide in wellness, too: Almost 30 percent of US women said they feel worse off since the beginning of the pandemic, compared with 19 percent of men.

Getting women back to work has to be a priority of our economic recovery. Many people have suggested job retraining and greater access to affordable, high-quality child care as part of the solution. This is especially important for women who hold low-wage jobs and require child care, because those who cannot work remotely have less flexibility. We also need to replenish and grow the pipeline of female leaders to avoid returning to the glacial pace of progress made in recent years. But at the middle and senior levels of organizations, it will take executive sponsors to close the widening gender gap.

When we interviewed hundreds of male and female executives this year for a separate study on the invisible barriers that are holding women back from senior leadership positions, the one issue almost every woman agreed on was that having an executive sponsor — an advocate who leverages their personal network and credibility — had been critical to her success.

Here are some specific ways executive sponsors are making a difference.

Unlike mentors, executive sponsors can help level the playing field by using their reputation and credibility to overcome implicit bias. They use their networks and make important introductions that women would not have otherwise had access to. Women in our study ranked “access to their network” as the most important benefit of having a sponsor.

The best sponsors also help women shift their thinking and expand their career paths. The sponsors recognize readiness and push the female employees that they sponsor to pursue high-profile projects and opportunities sooner than they might have otherwise, giving them a confidence boost.

I know, because I’ve been lucky enough to have some outstanding sponsors, including one who recruited me for a role when I was newly pregnant and not looking for a change. Later, he pushed me to apply for a position I hadn’t considered and used some of his personal capital to convince others that I was the right candidate.

My executive sponsor taught me some tough lessons. Early in my career, I was all business, all the time — with a hard-charging, no-nonsense, let’s-get-the-job-done attitude — but my sponsor provided needed feedback to help me see that this approach was not enough. I learned to stop and take the time to listen to others to better understand what motivated the people I worked with. In other words, I learned to be more empathetic in order to build the relationships I needed in order to navigate through senior levels of the organization and succeed in the long run.

Proactively Find or Be a First Responder

Women’s negative past experiences shouldn’t discourage them from seeking better feedback from more engaged sponsors in the future. There’s an old, biblical adage: Ask and you shall receive. Don’t yet have an executive sponsor? Create a personal board of advisers who can teach you the skills you need and help build your reputation until a sponsor becomes available.

Meanwhile, companies can do much more to encourage sponsoring and teach best practices. More people should be encouraged to serve as sponsors, and leaders need to broaden their pool of potential candidates. They tend to naturally gravitate to junior colleagues with similar interests — typically, men like themselves. Leaders also need to learn that sponsoring benefits them by retaining talent, creating trusted allies, and building future leaders.

We’re experiencing a national emergency. Please join me in being a first responder and sponsoring more women at a time when it is harder than ever for them to climb the corporate ladder.