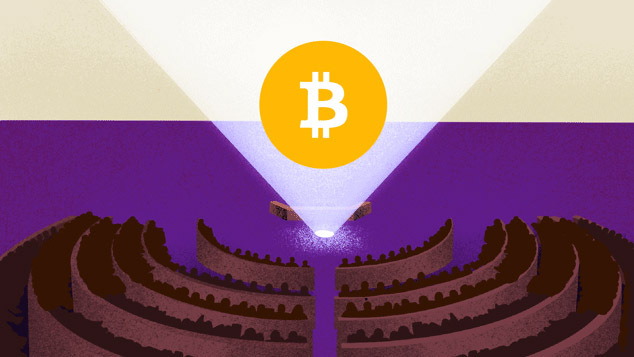 The growth of cryptocurrencies and other digital assets has finally woken Leviathan. Governments around the world are scrambling to figure out how to regulate the burgeoning activity in blockchain-based digital assets and the peer-to-peer transactions they permit. Further, many are launching their own digital currencies or considering doing so. Earlier this month, President Biden issued an executive order calling for a “whole of government” approach to digital assets, framing it as a matter vital to US financial leadership and national security but offering few specifics about how to balance financial innovation with consumer protection and financial stability. European authorities are seeking to accelerate the development of a digital euro and enact a groundbreaking Markets in Crypto-Assets (MICA) directive. Elsewhere, central banks in Hong Kong, China, Thailand, and the United Arab Emirates are planning a pilot project linking their digital currencies for cross-border payments, while Singapore is seeking to make itself a hub for digital assets.   These moves don’t yet amount to a coherent response or approach, though. That requires a consensus among policymakers on key questions, including three broad ones: Will digital assets only impact areas like payments and non-fungible tokens (NFTs), say, or will today's innovation have a snowball effect that drives more widespread transformation? Should regulators seek to channel this activity? What are the roles of the public and private sector in setting new rules? Can new regulations foster a harmonized global system of digital assets or do they risk erecting new barriers? Achieving that consensus won’t be easy. Digital assets don’t fit neatly into existing regulatory frameworks; the underlying technology is still new and, in many cases, untested at scale; and a key motivation of many innovators is to create new financial instruments and structures free from government and incumbent financial institutions. But policymakers are clearly sensing the urgency. That could turn 2022 into the year that governments begin to get to grips with digital assets. Too Big to Ignore The cryptoasset market has fallen by about a third in value since its November peak but is still up more than 10 times since the start of 2020, at roughly $2 trillion. For some, surging inflation and the war in Ukraine are providing fresh reasons to seek alternatives to fiat currencies. And the connections between the largely unregulated world of crypto and traditional finance are burgeoning, with venture capital firms pouring $30 billion into the crypto industry last year to finance everything from digital exchanges to play-to-earn online games.  Crucially from the regulators’ perspective, retail investors are increasingly getting involved. American investors are as likely to own crypto as an exchange-traded fund (ETF) while British investors are twice as likely to do so, according to our Global Consumer Sentiment survey.

This growth is extending into more areas of economic and financial activity. An NFT, something few people had even heard of before 2021, fetched $69 million, the eighth-highest price paid at an art auction last year. Decentralized finance, or DeFi, which uses automated software to provide peer-to-peer lending, trading, insurance, and other financial services, has grown more than 30 times since the start of 2021, with nearly $200 billion deposited in DeFi products. Interest also is surging in blockchain-based gaming, virtual real estate in the metaverse, and Web3 applications that give users a stake and say in the underlying protocol, like the recent bid for a copy of the US Constitution by a decentralized autonomous organization, or DAO.  How to Regulate All this activity suggests that digital assets may be gaining unstoppable momentum, yet it comes with risks. US regulators have warned repeatedly about the potential for fraud and argued that a lack of transparency in some DeFi projects could give insiders an unfair advantage over retail investors. The European Union has proposed requiring that cryptoasset transfers be made traceable, like conventional bank transfers, to limit the risk of money laundering and the financing of terrorism.

The EU is seeking to accelerate work on a digital euro while the United States is only in the early stages of its research efforts. These, and other countries, first need to define the goals they hope to achieve with a digital currency – greater financial inclusion, say, or a cheaper payments system – before delving into the detailed technological work. Such an initiative also requires a broad political consensus.

The Global Picture Digital assets are inherently international. Some of the earliest use cases involved moving money across borders to provide remittances or to avoid authoritarian controls, and the industry is driven by a global developer and investor base. Yet the world lacks a coordinated approach to regulation that might maximize the benefits and minimize the risks. China, for instance, while encouraging NFTs has banned the mining and trading of cryptocurrencies, driving much of that activity to the United States, Kazakhstan, and other countries. China, the EU, and the US envision CBDCs at least in part as a means of projecting economic and financial power, and their interests often fail to align.   Governments should use existing forums like the G20, the Financial Stability Board, and the Bank for International Settlements to establish an overarching framework on digital assets. For specific use cases such as payments and securities, they can seek to forge consensus through entities like the Committee for Payments and Market Infrastructures and the International Organization of Securities Commissions. Achieving a broad consensus on cryptoassets won’t be quick or easy, especially given today's heightened geopolitical tensions. But that’s all the more reason for policymakers to get on with the task.

The metaverse promises an alternate reality of gaming, commerce, and social interaction – and some consumers are eager to boldly go beyond the confines of today’s internet. From crypto to virtual real estate, "Citizens of the Metaverse" are placing immense trust in new technologies to change the way we work, connect, and make purchases and investments. They’re eager pioneers of a market with an estimated value of up to $800 billion in the next three to five years. Organizations need to rethink everything from how they do business to the products and services they offer if they want to capture this massive opportunity.

These digital trailblazers account for 13% of the global population, according to a new study by the Oliver Wyman Forum  that analyzed survey research from more than 100,000 people in 10 countries. They’re typically college-educated millennial males and run the gamut from low to high earners. The male share of these consumers goes as high as 66% in the United States and 71% in the United Kingdom. They know the risks of what they’re buying and are confident that digital assets have durable and appreciable value. Seventy percent of them are even willing to pay just to participate in Web3.

And while this group is eager for returns on their digital investments, what most drives metazens is entertainment, exploration, and connection with others. Forty-one percent say fun is the motivation for plugging into the metaverse, compared with about a quarter who cite efficiency and connection, the next highest factor.

That draw toward enjoyment and comfort level with virtual worlds perhaps stems from their hobbies. Eighty-two percent of metazens play online video games, and more than a third have made in-game purchases. Gaming is a key entry point into the metaverse, and businesses should look to gamify a range of experiences.

While gaming is a major hook, it’s far from the only one. This consumer cohort is willing to pay for access to the metaverse and its growing attractions, and cryptocurrencies and NFTs are only the beginning. They want a pair of virtual shoes from their favorite basketball player or a handbag from a cutting-edge designer.

These consumers are early adopters of many new tools and can flag how other consumers may react to emerging virtual products. They’re twice as likely to virtually attend activities that others want to experience only in person. More than half of metazens would pay for an online fitness subscription, and a similar number have attended a virtual entertainment experience like concerts or music festivals.

Metazens are an enthusiastic group, but they have reservations about the metaverse’s impact on society. For the virtual world to mature responsibly, governments and businesses must create a regulatory framework that ensures the safety of metazens, a level playing field for newcomers, and the technology’s continuity. Matters of intellectual property, regulation of virtual assets, tax laws, regulation of conduct, privacy, and cybersecurity are some of the critical considerations that businesses will need to jointly navigate as they dive into Web3 and the vast opportunities it offers.

March 2022
linkedin facebook twitterbird email
Subscribe to our newsletter
The Business Case for Nature
May 2022
May 2022
The Business Case for Nature
Companies need to focus on protecting nature if they want to maintain productivity, safeguard reputation, and lower carbon emissions.
Full article
Can Governments Corral Cryptoassets?
March 2022
March 2022
Can Governments Corral Cryptoassets?
The growth of cryptocurrencies and other digital assets has finally woken Leviathan
Full article
Monthly insights on today’s most challenging problems for business, public policy, and social enterprise leaders.
Subscribe
More Past Editions
More Past Editions