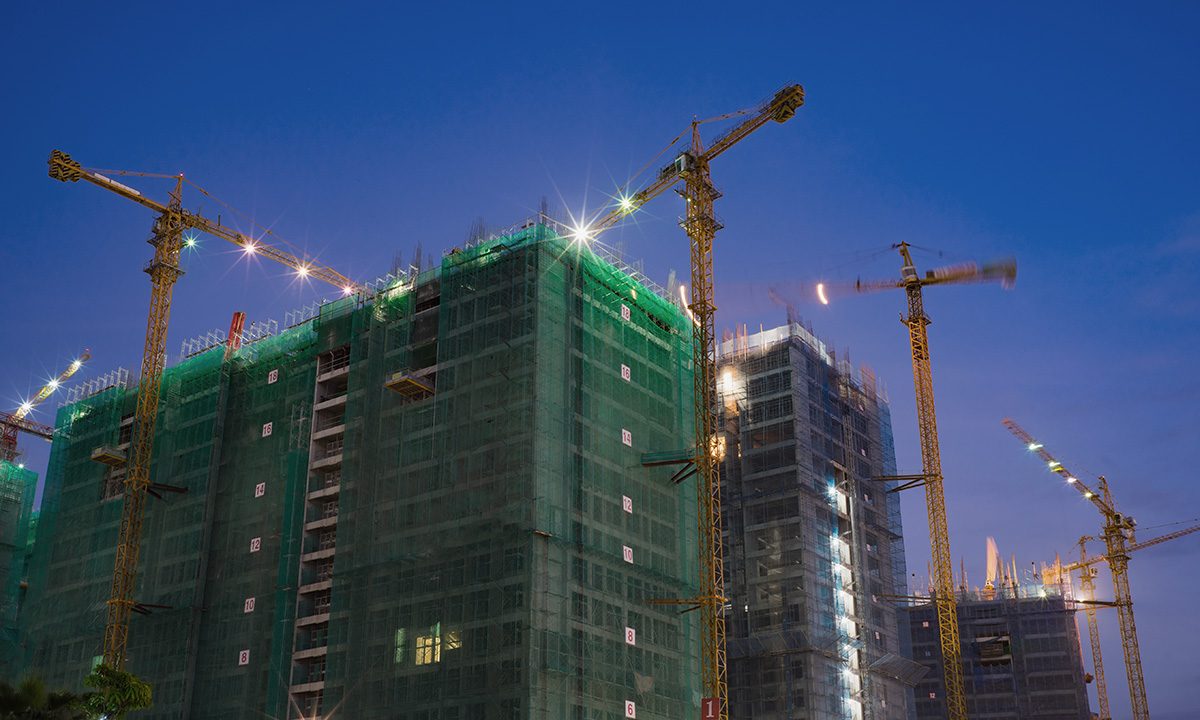 This article originally appeared in CFA Institute's Enterprising Investor blog on May 24, 2022.

The capital asset pricing model (CAPM) is one of the marvels of 20th century economic scholarship. Indeed, its creators took home Nobel Prizes for their efforts, and its insights have helped drive asset allocation decisions since the 1960s. To this day, many graduate school finance professors consider it the gospel on how to value equities.

The problem, of course, is that it doesn’t always work in practice. So, we fixed it.

My team and I have spent the past five years studying the behavior of the US stock market over the past century and a half. Our efforts culminated in a new approach to equity and Treasuries valuations: We call it the Holistic Market Model. This model stretches well beyond the boundaries of traditional finance to include accounting, big data and analytics, history, and sociology. In developing it, we had to first re-engineer the CAPM to make it work both for the past 150 years and for the 2020s and beyond.

The CAPM fails mainly because both components of the equity risk premium (ERP) are flawed. First, traditional earnings yields rely on inconsistent earnings figures. Second, risk-free rate calculations ignore the hidden risk premia embedded in US Treasury bonds. Therefore, to better understand the forces driving equity prices, we reconstruct these measures from the ground up.

First, we determine which earnings figures are the best inputs to calculate equity earnings yields. We leverage the concept of “owner earnings,” which Warren Buffett originally devised for single stocks, and extend it to the S&P 500 Index, while accounting for investor personal taxes. Building on Buffett’s comparison of a stock index with a real perpetual bond, we convert the S&P 500’s earnings yield into its real perpetual bond yield equivalent. That requires us to address the fact that equities generally benefit from growth over time, but bonds do not.

Second, we rethink the real risk-free rate, which is traditionally derived from nominal US Treasuries minus expected inflation. Our research shows that this measure is a poor approximation. Indeed, we uncover as many as 10 Treasury risk premia that most fixed-income investors don’t know about but should.

These two steps allow us to calculate the ERP in a consistent fashion over the past 150 years by subtracting the real risk-free rate from Buffett’s real perpetual bond-equivalent earning yield. The resulting ERP is quite different and much more stable from that found in the Fed model and other traditional measures.

Building an Explanatory Model of the ERP

Because our ERP is consistent and reliable, we generate a CAPM that works in practice. Its variations can be explained by a four-factor model: The first factor is cyclical/sub-cyclical; the latter three are secular. They quantify often-referenced valuation drivers:

• Business cycle and sub-cyclical variations in economic and financial risk.

• Quantified levels of extreme inflation and deflation that are associated with poor equity performance.

• Variations in the risk arbitrage between equities and Treasury bonds depending on real risk-free rate levels.

To summarize, our re-engineered CAPM is based on the correctly calculated real risk-free rate and the four-factor ERP model and is a powerful explainer of equity valuations. The model has a single framework that covers the 150-year period: It indicates that the rules that govern stock prices have been surprisingly stable despite massive changes in the structure of the US economy. 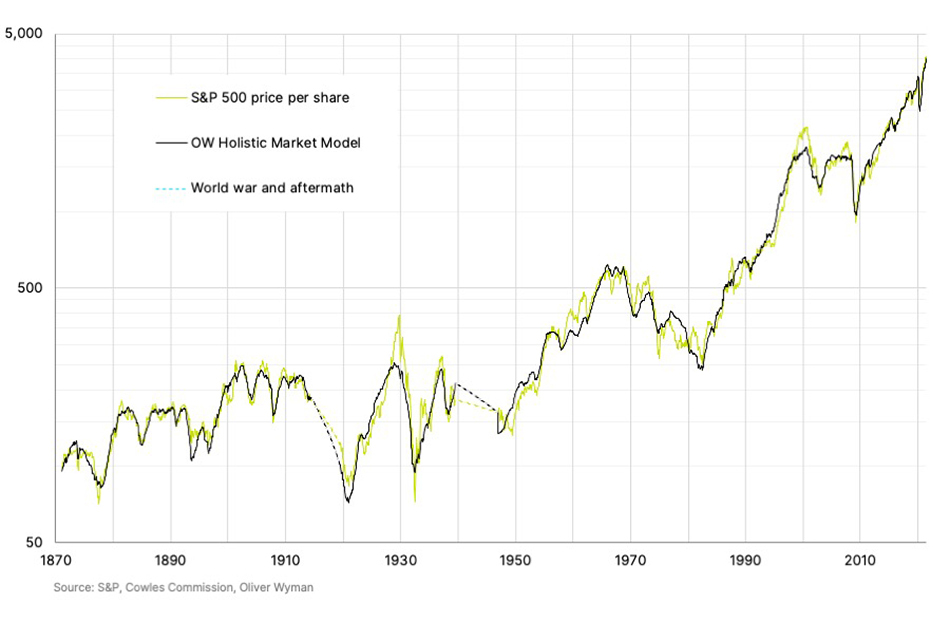 What It Means for Managing Future Uncertainty

The work has yielded numerous insights that have critical implications for portfolio construction and asset allocation, among them:

• Equity prices have been high in recent years not because of a bubble but rather because of highly favorable and unusual trends that have driven secular corporate profit margins to a 100-year high and the secular real risk-free rate to an all-time low.

• A crash is less likely now than if the ERP were unsustainably compressed due to a bubble. However, a financial crisis, large-scale geopolitical event, or natural disaster could trigger a crash if and when the fear of severe consequences from such an occurrence on the real economy and on inflation becomes overwhelming.

• Cyclical bull and bear markets are common. They are driven by the ever-changing dance between the economic cycle, the Fed cycle, and the mood of Mr. Market. As of this writing, we are already in a cyclical bear market if the 20% decline is measured in real terms, and on the verge of one if measured in nominal terms.

• Absent future P/E or margin expansion, secular forward-looking risk-adjusted returns are at an all-time low. But this is not enough to conclude that the 40-year secular bull market that started in 1982 is coming to an end. That also does not mean, however, that some new paradigm has rendered the current secular bull market immortal.

• Indeed, our work shows that this secular bull market will die for one or a combination of three reasons: The 30-year uptrend in corporate profit margins is unlikely to persist for another 40 years; neither is the post–global financial crisis (GFC) downtrend in the secular real risk-free rate; and even a milder form of 1970s-style inflation could also sound its death knell.

• There is a big difference between these three assassins, however. The first two are not yet within sight but will strike sometime in the next 40 years — the ballot box will largely determine when. The third, inflation, is in plain view right now, but it will kill the secular bull market only if it defeats the US Federal Reserve rather than the other way around.

So, is there room for optimism in 2023 and beyond? Yes, because despite cyclical headwinds and gloomy headlines, the evidence to reliably call the end of the secular bull market has not yet appeared — and may not for many years. Until it does, continued secular P/E and margin expansion could well bridge the entire gap between the all-time low earnings yield and long-term average market returns, and at least half of the gap with long-term average bull market returns.