Empowered by the masses, they demystify finance and are reinventing the world of retail investing 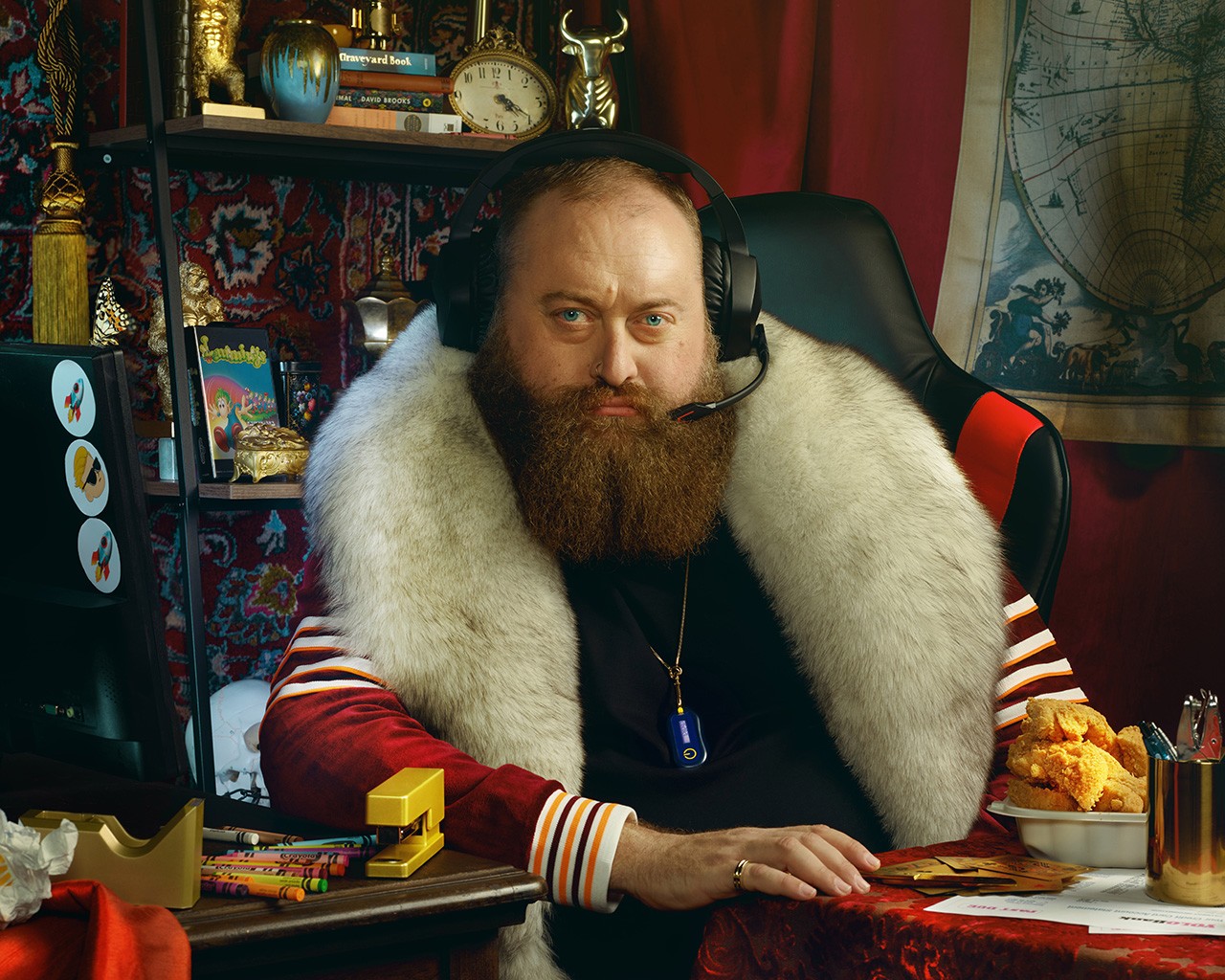 Back to Introduction
Exec Summary

The Hivemind Investors are at the forefront of these four key macro trends:

The Hivemind Investors are those for whom social media drives investment decisions. With a penchant for chaos and disruption, they aim to antagonize the financial system while lining their own pockets. They've generated an entire retinue, rife with inside jokes and a dictionary of slang. This lingo distills their disdain for the “system". From "tendies" to "stonks", they inject their communications with an overtone of irony and humor. They know how to manipulate technology to their advantage and to make decisions based on popular trends and the instincts of the collective. Investing has become a way for them to find and build community, challenge the hierarchy and power of established financial institutions, and prove themselves just as capable of wielding influence as the professionals. They make enough money in their day jobs to be comfortable—and they invest some of it via more conservative channels—but this is their chance to have a little fun with what they can afford to lose while poking fun at the powers that be. They have significant sway over the market, and potential long-term impact, as their numbers continue to swell. To navigate the rapidly evolving, democratized retail investing landscape, firms must acknowledge, if not bend, to the will of the Hive.

Who They Are
Activists or antagonists, robin hoods or hoodlums, iconoclasts or lemmings? It depends on who you ask

In January 2021, out of the stay-at-home orders and eroding memory of life before the pandemic, an unlikely community burgeoned. In one week, the WallStreetBets subreddit grew five times as Redditors rallied around stocks that the financial community had largely expected to falter. Through nihilistic humor and deliberate irrationalism, they encouraged each other to pump even more money into these seemingly arbitrary stocks, hold onto their investments with “diamond hands,” and reinforce the online community that they created. One of their rallying cries: “Apes together strong”. The reaction to Hivemind Investors was mixed. Many in the media portrayed them as the David to Wall Street’s Goliath. Others characterized them as though they were taking on capitalism itself. Some even castigated them as traitors to their country. A fair crowd called them idiots. But the instigation of the headlines belies a different story—most are high-earning, highly educated Millennial and Gen-Z males. They are much more likely to be employed and working in white-collar jobs than the general population, lending an unexpected dualism to their character. Most are are a part of, and benefit from, the same system they simultaneously seek to undermine.

How They Think
Five critical components of their mindset

Because of who they are and how they invest, Hivemind Investors are a new animal, with a mess of contradictions and paradoxes to boot. Their mindset and behavior are new, but we believe they have staying power. While it’s tempting to assume this new wave of retail investors will soon go the way of the dotcom-era dabblers, many of whom swore off stocks forever once the bubble burst, this group is different. They are more likely to persist because they invest flippantly, have already witnessed multiple recessions and tremendous market volatility, have unique reasons for and approaches to investing, and have nuanced perceptions about their impact on the future of the financial system.

Like most others, Hivemind Investors felt disconnected during the pandemic. While others took those feelings as cues to call up old friends or go on Zoom dates, Hivemind Investors found connections online in anonymous communities. These investing communities presented an opportunity to become a part of something larger. Hivemind investors reported that personal and virtual communities inspired them to invest at about twice the general population's rate (or more). They also invested to capitalize on market opportunity – though not as a crucial source of income – and to a lesser extent, invested as a source of entertainment. However, one shortcoming of social media is that it failed to generate a genuine sense of community among the Hive. There is a blinding white space here and ample opportunity for organizations to unearth and create what makes these investors feel engaged on a deeper level.

"I know it's important to be diversified. I've dabbled in crypto, other stocks my friends have clued me into, ETFs. I'm thinking about buying some property before the end of the year."

Being an active Hive member requires a propensity for playing with fire, and their investment portfolios indicate this risk appetite. As the risk level of an asset declines, so does their interest. They are twice as likely to pursue "hot" assets suggested by social media, such as cryptocurrency and NFTs. They're equally likely to purchase medium-risk assets (ETFs, fixed-income investments, and other tangible assets) but avoid the lowest-risk opportunities (index/mutual funds) at double the general population's rate.

It is unclear whether this speculative position comes from their ability to afford taking risks or if they are simply more reckless than average. On the one hand, our data shows that Hivemind investors are generally more impulsive than the general population and less disciplined with their spending. On the other hand, Hivemind investors tend to be wealthy, report that they only invest small amounts of money on these riskier assets, and maintain diversified portfolios.

"I have a buddy who is super into crypto and is generally more tapped into this whole world than I am. He clued me in to what was happening with Game Stop right after Ryan Cohen joined the board. He told me about WSB, and I started following it. I bought some shares, and it was wild to see what happened just in that one month. It was surreal. I didn't fully believe it. Since it was my first time diving into investing in this way, I didn't go all-in. I don't know that I would have, even if I were as confident as my friend. I kept it reasonable. And I made a decent amount of money. Enough for a solid vacation once the pandemic eases up. But he made a lot. Enough to buy his apartment in Brooklyn."

“I got a mix of advice from friends and social media. Reddit was what got me started and made me feel like if other people could do it, so could I.”

For The Hive, technology is instrumental in empowering individuals to make independent investment decisions. Investing and cryptocurrency exchange apps such as Robinhood or Coinbase dominate their management toolbox, while social media provides inspiration and guidance for investment strategies. The Hive does not respect or see value in Wall Street — rightly or wrongly (experts would generally say wrongly), a large majority believe that they can score better returns than financial advisors.

"Bottom line, people are taking things into their own hands. The finance world will have to change if they want to keep up."

Hivemind investors believe in their own agency and the power of collective action. Now that they have succeeded at becoming a market-moving collective, they will likely remain part of the zeitgeist. Skeptics will point to undeniable truths about investing: in a bear market, the most sophisticated investors typically score the biggest returns, and those who lose out may be inclined to drop out. Hivemind Investors are no strangers to these truths, yet they believe in the movement’s durability. Perhaps this is because they are not fully rational investors — motivated strictly by returns — and instead value investing for the other subjective benefits it brings them as well — namely, community, entertainment, activism, and learning. Or perhaps it is because over two-thirds say they only invest small sums of money that they would not mind losing. Another possibility is the novelty of the technology that they leverage is unlike any we have seen before, especially regarding free trading, fractional share trading, improved user interfaces, and connection speeds. Or perhaps their belief is just blind optimism.

"I think Wall Street needs to get taken down a notch, and I'm proud to have played a small part in shifting that balance of power."

One of the tensions within the Hive is their self-awareness about their impact and their apparent ambivalence toward it. The Hive is transparent about believing that large financial institutions are primarily hostile societal forces. They see their investment style as a form of activism and consider undermining hedges funds a public good. However, they also think their activities, such as WallStreetBets — the most prominent social investing movement, as potentially dangerous and believe such activity should be more heavily regulated. Here their dualism is apparent again — on the one hand, they see themselves as benevolent champions of the every-person against the dominant powers of capitalism; on the other hand, they acknowledge some of their own impulses as potentially destructive and believe they should be reined in.

In the year since WallStreetBets first rose to fame, our survey shows that its proponents have largely persisted. They continue to believe in the movement and see value in participating in it. Their tenacity is a symbol of the eroding value proposition of financial advisors (FAs), whose purpose is becoming obsolete with the help of the internet and financial technology. Organizations that rely on retail investors falling by the wayside are missing the point and risk drowning in this potential sea of change. Without a significant pivot, consumers will continue to perceive that FAs and advisory services are unnecessary. Failing to take the Hivemind Investors seriously will threaten investment portfolios and leave opportunities the Hive is creating on the table.

In the year since WallStreetBets first rose to fame, our survey shows that its proponents have largely persisted. They continue to believe in the movement, see value in participating in it, and think they will continue to participate in the future. Their tenacity is a symbol of failure by financial institutions to convince a large swath of retail investors of the value inherent in professional financial advice and management. This bears digging into and has several potential subcomponents that financial institutions should consider. For example, are there retail market segments for whom real investment needs are underserved by traditional offerings, and where new value propositions are needed? Alternatively, are organizations simply failing to communicate the value they bring in a way that resonates with these customers? And perhaps most interesting, are there equally real “non-financial” needs such as community, opportunities to learn, and self-determination that the social investing movement delivers on, while traditional providers do not? If so, how can institutions devise new offerings that address these “softer” but equally real needs without throwing the balanced portfolio and safe index funds out with the bath water?

Organizations that simply assume Hivemind Investors will fall by the wayside are missing the point and risk drowning in a potential sea of change. Without a significant pivot, some will find themselves irrecoverably out of touch with a meaningful segment of their potential market. Failing to take the emergent needs highlighted by the Hive seriously will threaten investment portfolios and leave opportunity on the table.

They are shaping the demand for products and services related to the future of retail investing.

While understanding the Hivemind Investors provides critical insights into the impact of retail investing, their consumption behaviors also have meaningful implications for organizations.

The Hivemind Investors are driving demand to:

As the Hivemind Investors continue to re-write the investment rule book: