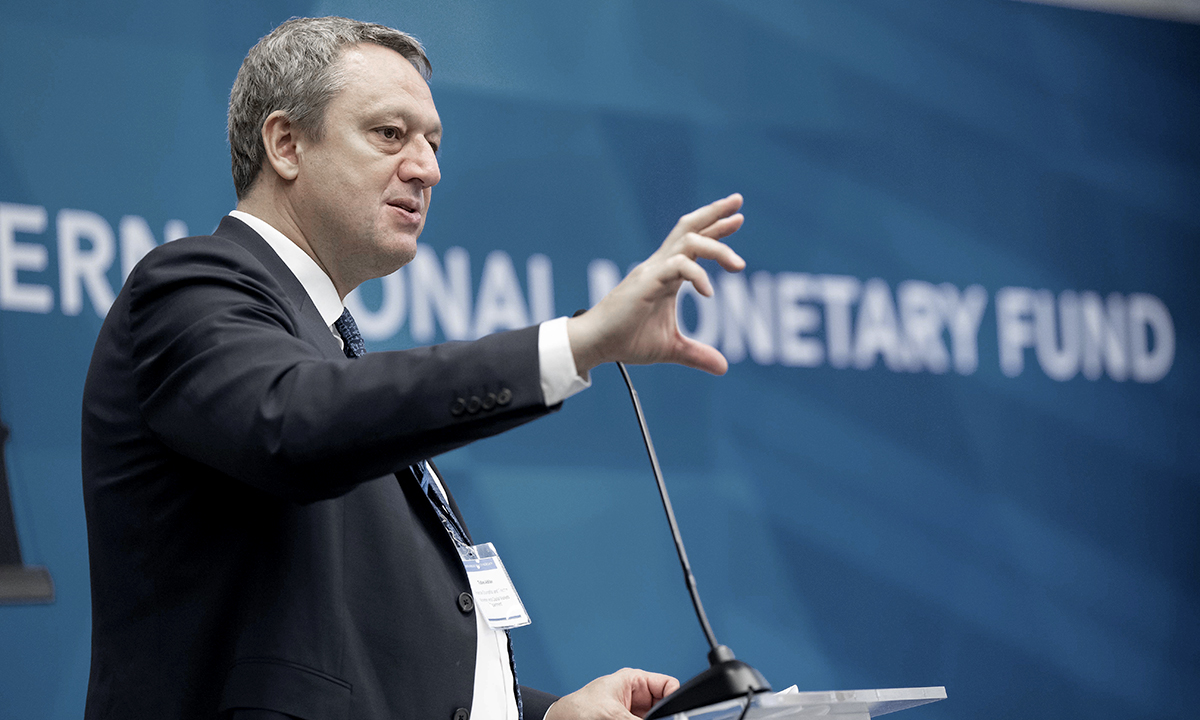 A succession of failures, from the implosion of algorithmic stablecoin TerraUSD to the spectacular collapse of exchange group FTX, has shaken the cryptocurrency industry to its core in recent months and wiped out more than $1 trillion in market value.

Yet regulators and innovators in the world of digital assets can’t afford to let a crisis go to waste. Crypto entrepreneurs and speculators aren’t going away and the underlying blockchain technology continues to hold promise for improving payment services and extending financial services to the unbanked, says Tobias Adrian, financial counsellor and director of the Monetary and Capital Markets Department of the International Monetary Fund. He recently co-authored a paper that proposes using smart contracts and distributed ledger technology to provide faster, cheaper, and more secure cross-border payments.

Policymakers need to regulate digital assets to minimize or mitigate the risks to consumers and channel innovation into areas and activities that are aligned with public policy objectives, Adrian says. He spoke recently with Douglas J. Elliott, an Oliver Wyman partner, who co-leads the Oliver Wyman Forum’s Future of Money initiative, and Larissa de Lima, a senior fellow and co-lead of the Future of Money Iinitiative.

A year ago, you called for global regulation of cryptoassets that's comprehensive and coordinated. We've had over $1 trillion of lost value and a few bankruptcies since then. Where does the case for and prospect of coordinated regulation stand today?

Regulation can limit the potential dangers from cryptoassets but ultimately cannot bring them into full compliance with policy objectives. I see three problems. The first is the lack of identity. Cryptoassets are created to mask the user’s identity, and sometimes to be completely anonymous, and that's a problem from an enforcement, anti-money laundering and countering the financing of terrorism (AML/CFT) point of view.

Secondly, there's a lack of finality of payments. There's this possibility of forking in the consensus mechanisms. You have a very high probability that the payment is final but from a legal perspective you can never guarantee it. And thirdly, there's a lot of speculation in cryptoassets. They are not tied to future cash flows, there are no dividends, and it's questionable what the economic value ultimately is. So it's very different from a stock or a bond, where cash flows are linked to economic activity. And the speculative aspect can be a problem for consumer and investor protection.

To some degree you can get to know your customer through the access points, the major exchanges and wallet providers. I don't think regulation can address finality very well or get rid of speculation, but it can mitigate the consequences by having basic consumer and investor protection rules that are imposed – at least at those access points.

I don't believe the Fund is advising member countries to discourage cryptoassets. Is that because you see offsetting advantages, or do you think there's no way to stop it?

We are not recommending prohibition. It's very difficult to enforce, and it's not necessarily desirable because I do think there's some value to innovation.

Early cars were very clunky and bad machines but ultimately, through a mix of governmental and legal initiatives and innovation, you did get cars that are pretty useful. There is very valuable innovation going on in crypto, but I don't see how that in and of itself is going to get to a place that is desirable from a policy perspective. In conjunction with regulation there can be policy initiatives around central bank digital currencies (CBDCs) and cross-border payments that can use the technology, which is very powerful and very useful, in ways that can be aligned with policy purposes.

CBDC should not be viewed as some narrow concept, like a digital paper bill, but rather as a foundation for a smart financial system. It can use ledgers. Those might not be distributed. They might be a common ledger.

If you make sure that, say, you are on a CBDC platform or a cross-border platform where there's very strong identity verification at the entry point so that you can ultimately trace who is doing what, once you're on the platform you can use cryptography to solve economic problems. Having cryptography in option design can solve many asymmetric information problems. You can use smart contracts, which are self-executing contracts, to improve auctions for price discovery.

So what I'm proposing is a two-pronged approach: Regulate what is in existence but also fuel innovation that is aligned with policy objectives.

Would you hope that new, more CBDC-centric approaches would basically crowd out things like stablecoins, or do you see them as useful complements to each other?

I envision a world where CBDC is not necessarily retail. It could be just wholesale. Banks and some non-banks could have access to a wholesale CBDC, which is a form of tokenized reserves. That could be compatible with tokenized deposits, and if a stablecoin is part of a bank that would just be a tokenized deposit.

The world I envision is one where the role of the central bank in CBDCs is fairly limited. It involves an upgrade to existing interbank markets using cryptographic and ledger-type technology, complemented with very strong private-sector initiatives such as having tokenized deposits and cross-border payments on platforms. The government isn’t necessarily running everything. It is a liquidity backstop, as we have normally in the system, and a technological root, having some basic operational principles and a certain amount of regulation.

Under what circumstances would you see a retail CBDC it being useful?

It depends on the country. In many emerging markets and developing economies, there could be a case for retail CBDC because there's very little access to finance and even basic payment systems. It could be very useful for the government to have a more direct role in payments. Brazil doesn't have a retail CBDC but it has a fast payment system. There's a lot of evidence that it has really increased financial inclusion dramatically – and not at the cost of the private sector. They are still exploring CBDC in parallel to further foster innovation.

In a country like the US, you might have different objectives. The private sector is extremely strong, extremely innovative, so you might not need as much of a role for the government, and what the Fed would be doing might be limited. Other countries might have special considerations. In Europe there's a strong urge to have some form of retail euros to have a kind of digital identity for the Euro Area. But even that could be complemented by quite a bit of private-sector innovation around tokenized deposits and things like that.

One thing that puzzles me is the extent to which a tokenized deposit is seen as equivalent to a stablecoin. That implies that the deposit contract and credit risk is identical among all parties, like paper money, whereas a deposit is a relationship between someone and a particular bank. Could you talk a little bit about how you see tokenized deposits working?

I don't think of money as paper bills. Ninety-five percent of money are private-sector liabilities, and they could be tokenized. That is digital money, in my view. It is about moving from an account-based system to a multi-rail system that is rooted in high-powered money, reserves, and cash. But the reserves are more important than the cash part. The recent paper I co-authored envisages escrowed, tokenized reserves at the heart of a multi-currency, cross-border payments platform using new technologies.

In various experiments to build platforms that facilitate cross-border exchange across currencies, there seems to be a desire for interoperability and also the desire to ensure sovereignty and control. How do you see those different priorities, and how does technology help address them?

Technology cannot address governance. Technology is just about moving money around, having smart contracts, but it doesn't solve the governance problem.

CLS, the limited purpose bank that settles foreign exchange transactions, is a great example. It’s more about governance than the actual technology. It's operating out of a bank for odd reasons but it's a payment utility with a certain governance that works for its members.

Digital ledger technology, crypto, and Bitcoin tend to be self-governing, but that doesn't work for the public sector. To do cross-border payments efficiently, you have to move to something in between the current CLS and the crypto world.

What's your view of a decentralized finance? It sounds like you have serious doubts about it.

We have learned a lot through decentralized finance. We don't know what those innovations will bring going forward, which is part of why I don't think it should be prohibited. It should be regulated to contain the fallouts. We have just seen a multi-billion-dollar entity collapse within days. You know many participants will be left without their funds. That's traditionally where the government has come in. That's why central banks were created. That's why regulations were created.

I think decentralized finance is ultimately going to need some sort of backstops and regulations. By the way, that’s what these entities are calling for because they understand that there is a value in regulations. I wouldn't rule out that there will be further innovations in decentralized finance that can ultimately feed back into the financial system  .

The reply to our paper was extremely positive from the private sector – not decentralized finance entities but traditional entities. They are all working on using some of these technologies.