More flexibility and fairer taxation of capital and labor can foster security and opportunity, says the LSE’s Minouche Shafik 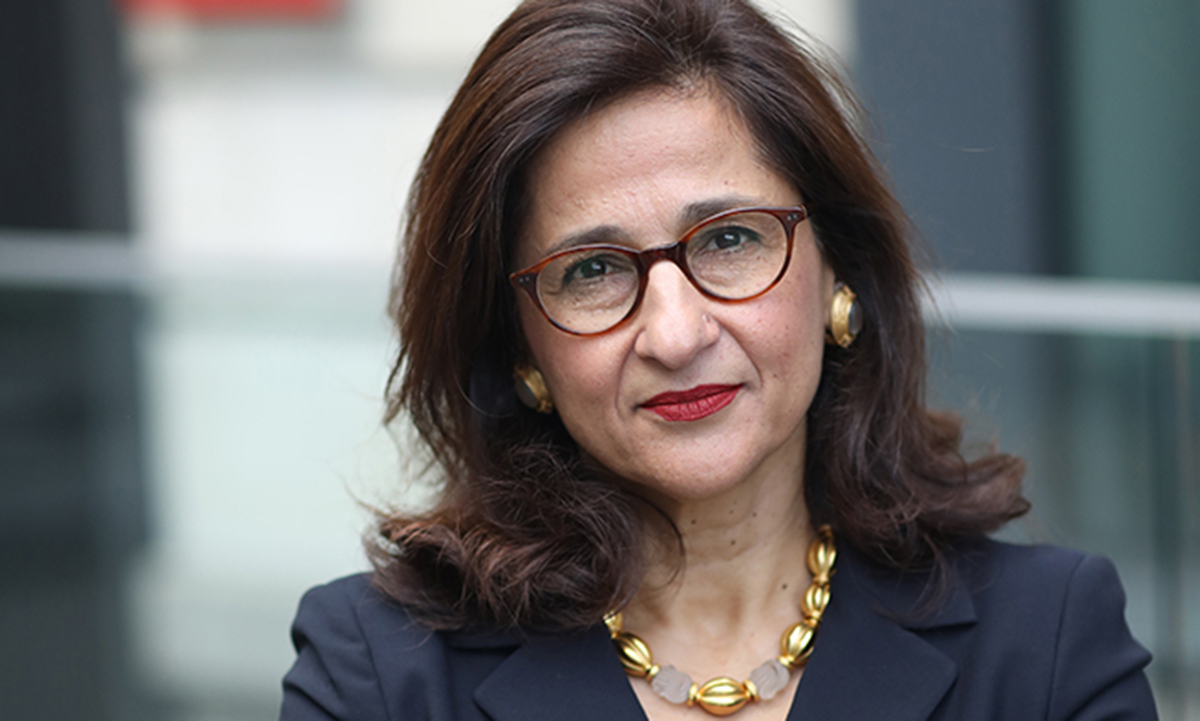 The first time I read about Minouche Shafik was as a teenager when my father gave me a newspaper article that said she was the youngest vice president at the World Bank. She has inspired me and many over the course of her life and career: a committed globalist whose family left Egypt for the United States when she was four after their land and business were nationalized; a developmental specialist who oversaw the UK’s international aid programs; and a leader who has held deputy roles at the International Monetary Fund and the Bank of England.

Today Shafik, now director of the London School of Economics and Political Science, focuses on some of the biggest question in politics and economics: How to address the anxiety, insecurity, and inequality that plague so many of our societies. The pandemic aggravated those problems as millions of people lost their livelihoods, governments took on massive amounts of debt to prop up economies, and the digital revolution created windfall profits for a handful of technology giants while countless companies struggle to survive. All the while new demands are arising and roles are in flux, with people increasingly looking to business to address issues ranging from social justice to climate change.

What’s needed, Shafik argues in her new book, “What We Owe Each Other: A New Social Contract for a Better Society,” are mechanisms for more equitably sharing the obligations of fostering a fairer, more secure and sustainable society. The arrangements that have prevailed for several generations, she says, “haven’t kept up with our societies,” which are undergoing huge changes in the nature of work, the pace of technological change, and such basic assumptions as who looks after the kids.

I discussed these ideas with Shafik recently before a virtual roundtable of senior UK business leaders in the Oliver Wyman Forum’s Leadership Reimagined series.

What is the social contract, and what’s the basis for a new one?

The social contract is something that we all participate in every day but we rarely think about. It ranges from how we raise our children and what sort of education they get to what we expect from our employers to how society supports us in old age and when we cannot work. All of these require cooperation with others for mutual benefit, usually underpinned by laws or norms.

The existing structures we have are based on a premise that most households have one breadwinner, that the education you get when you’re young is sufficient to last for your entire lifetime, that people have only a few employers during their lives and that they live only a few years after they retire. Most of those things are no longer true. And I think many of the anxieties that you see in society, much of the divisions in our politics and much of the tensions between the generations, can be attributed to the fact that the current arrangements have not kept up with our societies. That’s why we need a new social contract that delivers both better security and better opportunity for everyone.

The state has taken on a bigger role in the pandemic, and the word contract implies obligations between the public and private sectors. What should large businesses be thinking about as they start to shape a new social contract with government?

I’ll be a little bit provocative. I’m increasingly skeptical that the push to change the purpose of business and the focus on corporate social responsibility is enough. Milton Friedman said the purpose of business was to maximize profit within the rules. I actually think the purpose is probably right. The problem is the rules, not the objective of business. And I think one of the risks of this push on corporate social responsibility is that it’s voluntary, discretionary, ill-defined, and unevenly implemented.  It largely affects listed companies that are subjected to consumer and investor pressure while the vast majority of companies fly below the radar. Asking corporate leaders to play a public policy role, and asking for a few good corporate citizens to stick their necks out when their competitors aren’t being required by laws and regulations to do the same, is unfair and ineffective. And so, we need to think about how to change the rules that govern this.

Where would you start?

Let me put up a straw man of how I think the rules might change. There are three principles that should underlie the new contract between business and workers. First, there should be a floor under peoples’ incomes, below which no one should go. I don’t support a universal basic income because it’s expensive and because work is part of the way we all contribute to society. But I do think earned-income tax credits – or in poor countries, targeted cash transfers to poor households – can provide the minimum security that everyone needs.

Second, I think all workers should receive benefits regardless of the nature of their employment contract. The UK Supreme Court’s recent decision that Uber drivers are employees is right. People should be paid benefits in proportion to the amount that they work. A huge part of the anxiety and insecurity in modern societies is because more and more workers are on these flexible contracts. We saw that during the pandemic when people couldn’t afford to take sick leave and continued to work even though they had COVID.

The third thing is we need to have a massive increase in reskilling, paid for by society to enable people to be productive for longer careers and to be ready for the age of automation and AI. Current spending on skills in most advanced economics is five to 10 times less than what we observe in countries that do a good job of preparing workers for changes in the economy.

What would those things mean in terms of the deal between business and government?

I think we’re going to face higher corporate taxes. We’ve seen corporate taxes fall massively over the last 30 years in almost every country in the world. The US is already debating this actively. I think the Organisation for Economic Co-operation and Development proposals on corporate taxation – that there’s a sort of minimum corporate tax and companies pay tax where the activity takes place – are eminently sensible. In the United Kingdom, half the subsidiaries of foreign multinationals pay no tax in the UK. In the United States, 91 of the Fortune 500 companies paid no federal income tax in the last year for which data is available. I don’t think that’s acceptable anymore. So higher corporate tax and regulations that mandate benefits for all workers. And I would add a carbon tax.

That’s a lot. Would business get anything in return?

There are some costs business currently bears that I would take away. I think minimum unemployment insurance and pensions should be paid out of general taxation, not by employers. I think the cost of parental leave should be borne by society, not by employers. The current setup, where maternity leave is most common, imposes a cost on employers and creates an unlevel playing field between men and women in the labor market.

In most parts of the economy, workers are less attached to their employers and therefore employers have less incentive to train them. So I would provide human capital tax credits alongside research and development tax credits to give employers, who are the best people to train workers because they’ll give them the relevant skills, an incentive to train more. I would also question the use of severance payments, which reduce flexibility. I would replace them with more generous unemployment benefits and reskilling support paid for by society rather than by employers.

That’s quite a reordering you’re suggesting. Is there a risk that will hurt business dynamism and the economy?

I think one can have a debate about the overall level of taxation on business. I think different countries will make different choices. What I’m really interested in is levelling the playing field between capital, which we don’t tax enough, and labor, which we tax a lot. In the US for example, the effective corporate tax rate is about four or five percent, and the taxation of labor is closer to 25 percent. That means companies create fewer jobs than they would if there was a more level playing field.

I’m also interested in seeing firms spend less time worrying about tax optimization and more time worrying about productivity, creating jobs, and reducing carbon emissions. The proposals I’ve made would mean that firms would have a greater incentive to train their workers, invent the jobs of the future, and use less carbon. They would also have enormous flexibility in being able to adjust their workforce, knowing that if they fire workers they won’t have to pay severance and that laid-off workers would still be taken care of because society would provide generous unemployment benefits and support for reskilling. Meanwhile, business would know that the supply of skilled workers they need are readily available with clear rules around benefits and environmental obligations.  That new social contract between business and society would strike a better balance between flexibility, security, and opportunity for all.