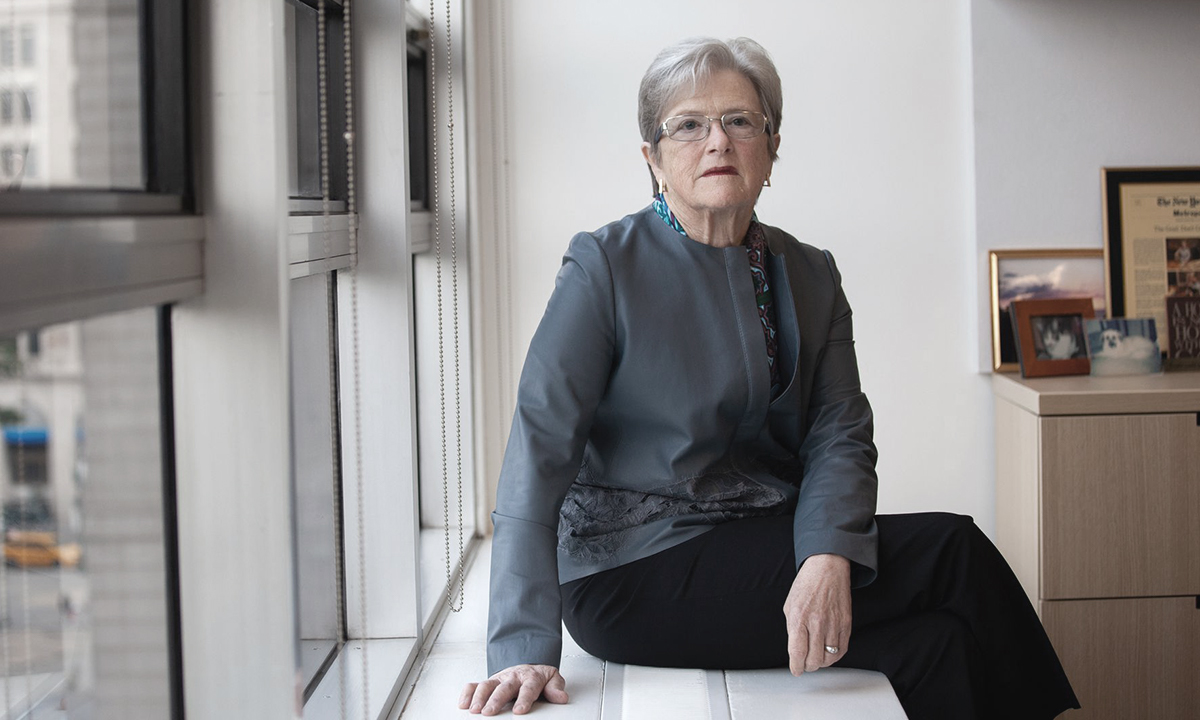 What a difference a year makes. New York City, once ground zero of one of the world’s deadliest pandemic waves, is on the rebound. COVID cases and fatalities have fallen drastically, nearly two-thirds of adults are fully vaccinated, crowds are returning to museums, shops, restaurants, and concert halls, and businesses are gearing up for a significant return to offices.

Kathy Wylde is optimistic about her adopted hometown as long as it plays to its strengths and works with, rather than against, its leading companies. The former nonprofit housing developer is the longtime leader of the Partnership for New York City, which promotes collaboration between its business members and local authorities. Rent declines are making the city more affordable for young people and young companies, she says, but the city needs to work more closely with business to equip the unemployed with the skills needed for tomorrow’s jobs. “It’s got to be a partnership between educators and employers,” she explains.

Wylde discussed the city’s outlook, the importance of immigration to its recovery, and the challenges of hybrid working and ensuring a green recovery with John Romeo, a managing partner of Oliver Wyman and head of the Oliver Wyman Forum.

What does the future look like for New York City?

New York has enormous assets to attract talent, but the pace of our recovery and its ultimate success will depend on a couple of things. One is affordability and making sure that young people and growing families can afford housing, transportation, and all those essentials of life. That had become increasingly difficult pre-pandemic.

The second thing is that political leadership is constructive and not encouraging the kind of class warfare our politics have devolved into the last few years. Many politicians have taken advantage of the affordability crisis to turn people against business, corporations, the wealthy, as opposed to acknowledging that a great world city is built on a combination of factors and the opportunities provided by leading businesses in strong industries.

How big a threat to the city’s recovery is the decline in population?

Historically our population has been fueled by foreign immigration, and the Trump immigration policies strongly discouraged that. So fixing national immigration policy is necessary for New York to recover. The second factor is folks who have relocated because they found the quality of life they achieved and the fact they were able to work remotely was attractive.

If we fix the foreign immigration problem, the remote work situation will take care of itself because the market will adjust. If New York becomes a bargain, as we’ve seen in the last few months in Manhattan, everybody will want to live here.

The real question is speed: Are we going to go through a difficult decade or are we going to bounce back more quickly. I am hopeful that with a new mayor and real commitment from all sides to try to tackle issues that predate COVID, especially affordability and public safety, we’ll see a relatively fast resurgence.

How do you see hybrid working affecting the recovery?

Professional services, our second-largest employer after healthcare, have effectively had a hybrid model for a long time. So I don’t see it as a big issue by itself. People may not be going to the office five days a week, but they’ll have other reasons for wanting to be in the city. It’s fun and exciting and offers cultural and educational opportunities that people want to be part of.

We are not in a situation like San Francisco, where companies are leaving. A net 330,000 people permanently changed their postal address during COVID. I think most of them will be back as Broadway, universities, cultural and entertainment venues reopen.

Our surveys show people want cities to tackle climate change yet car usage has increased during the pandemic. What does a green agenda look like for New York?

We have a great public transportation system, but we have relied heavily on vehicles for personal use and freight. There is a growing intolerance for private vehicles today. We have an open streets program where they allowed restaurants and bike lanes and community activity, and people got used to a more pedestrian- and bicycle-friendly environment.

Now there is a serious proposal to reallocate 25 percent of the city’s street space to community use, pedestrian use, bus lanes, and protected bike lanes by 2025. That will either cause the world’s greatest traffic jam or force people to walk, bike, or use mass transit significantly more. That is probably going to be the most profound response to climate change we’re going to see over the next couple of years.

What can the private sector do to hasten the city’s recovery?

Much as we’ve talked about smart cities and smart government, we have not gotten there. Government does not employ the most modern systems for the collection and use of data. When unemployment skyrocketed in March 2020, New York State’s unemployment insurance system imploded, and they were calling around asking for Cobalt programmers.

COVID also revealed weaknesses in our public health system – the inability to quickly test and trace – and in our education system. Of the million kids in the public school system, 300,000 didn’t have a device or access to the internet when COVID hit. The city scrambled and got devices to most of them and wired up homeless shelters, but it was a terrible disadvantage.

These are all things that the private sector is well equipped to help with, and ready to do so because it’s in everybody’s interest to have a more efficient government.

How do schools fit into the training agenda?

The Partnership is focusing on accelerating work experience as a component of education. The standard K-12 school system assumes you’re going to go to college, get a four-year degree, and then figure out what to do to earn a living. Clearly that is not working, particularly for communities of color.

Several big companies have apprenticeship programs. Many are working with the OneTen organization, led by Ken Frazier and Ginni Rometty, which is focusing on credentials for the black community that can be a combination of internship and education. We hope to consolidate those efforts to achieve meaningful scale, working with the public university system and the public education system. We have half a million people unemployed in the city and 380,000 open jobs posted. We’ve got to figure out how to close that gap.

Should businesses require people to get vaccines to promote office reopenings?

Most of our member companies are being as aggressive as possible on the expectation that people coming back to the workplace will be vaccinated, using carrots and sticks. So if you’re not vaccinated, you don’t do business travel, you can’t be in certain in-person meetings, you have to continue to wear a mask and be socially distanced. And they’ve provided vaccinations on site for employees and families. There are discreet populations that do not trust the vaccine or the medical community. That’s a problem for employers. There’s only so far the private sector can go without a government mandate. Were there to be another outbreak, I’d be very surprised if there weren’t a public mandate.

What is your No. 1 priority for New York City?

I would say it’s quality of life and public safety. Getting people back to the city and feeling secure and confident.

We also need to address the inequalities that COVID exposed. The pandemic’s impact was greatest on low-wage workers and communities of color, both from a health standpoint and an economic standpoint. New Yorkers see themselves as champions of diversity and opportunity, but we have seen graphically during the past 18 months that we’re not living up to that promise of opportunity for everyone. The business community can take a more active and publicly visible role and put its money where its mouth is to say we must address these issues of inequity.