Robots May Be the Right Prescription for Struggling Nursing Homes

Japan’s experience shows that machines can ease some burdens on caregivers. COVID-19 could drive the adoption of robots in other countries. 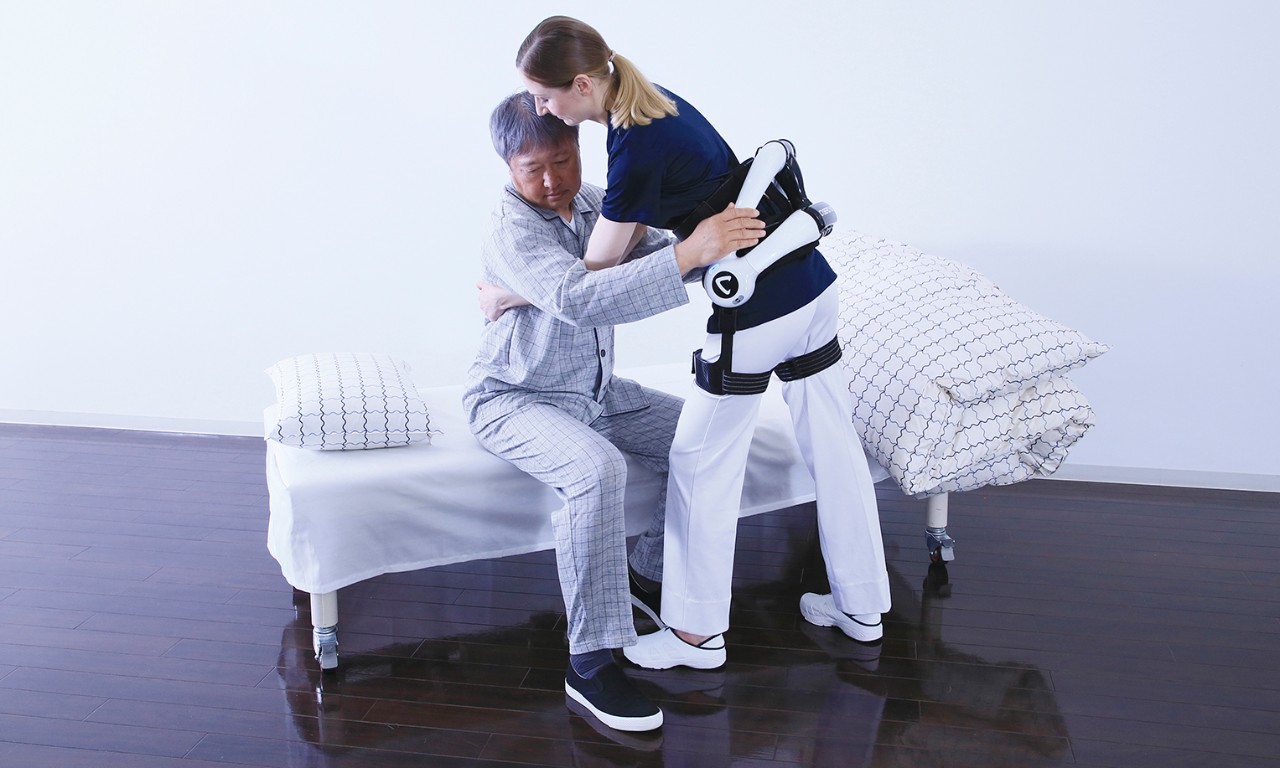 Coronavirus has dramatically increased the use of technology as governments, healthcare providers, and businesses tackle the pandemic and its devastation. But even before the crisis, Japan, a country long at the forefront of robot production and usage, had begun to use this technology in many of its nursing homes.

About 60 percent of the country’s nursing facilities now use robots. The proliferation of machines has had a relatively minor impact on turnover or wages of caregivers because of strong demand for care, an aging working population, and government subsidies for robot implementation, according to research by Karen Eggleston and Yong Suk Lee, Stanford University professors and researchers at the university’s Shorenstein Asia-Pacific Research Center, and Toshi Iizuka, professor at the University of Tokyo. Robot-adopting nursing homes, the researchers found, had between eight to 11 percent more staff than those who didn't adopt robots.

Caregiving is a physically demanding task. Staff frequently lift residents in and out of bed, and many suffer from back pain. Many of the robots deployed in Japan  either help caregivers perform physical tasks or facilitate movement by the residents themselves.

The research couldn’t be timelier. Nursing homes have taken a heavy toll from the coronavirus. The disease has claimed the lives of more than 28,000 residents and workers of care facilities in the United States – approximately 35 percent of all deaths in the nation as of May 11. By contrast, Japan’s overall death toll stands at a little over 900 in early June.

Oliver Wyman Forum: From a labor economics point of view, Japan has been struggling with staffing in these care facilities. What made it much more acceptable for robots to be used in their situation versus other sectors?

Karen Eggleston: Japan has an extreme demography that it’s dealing with. The demand for long-term care is going up quite a bit while the overall population is declining. Although they're relaxing some immigration, there are issues with that. Some of the policy goals were to support robotics and to understand how it complements or substitutes for specific tasks in long-term care — to bring down back pain among care workers, for example — and to explicitly set a target for percentage of healthcare providers and long-term care clients who say it's acceptable to have a robot involved in their care.

They went into it well aware that robots weren't going to completely push out the workforce, but it's all a question of what type of tasks they can be involved with and how they can get an early read on that and start developing appropriate robots and re-engineering the care processes to meet that surge in demand.

What kinds of tasks are robots being used for in Japan right now?

Yong Suk Lee: There are these wearable transfer-aid robots that can actually help care workers lift persons and move around. There are similar types of robots that are non-wearable. And there are robots that directly assist the elderly in their care: They can use these to move around, and related to that, bathing activities, going to the bathroom, and so on.

The main type of robots are monitoring robots. They’re basically a camera system. They signal to the nurses or caregivers in an aid station if there seems to be abnormal movement so that they can actually go there — especially during the night when there's less staffing to actually go and check how the residents are doing. Those are the highest in terms of rate of adoption. And then there are those cute communication types of robots to help patients with dementia communicate with their families and caregivers.

What sort of facilities are using these robots? Do they tend to be urban facilities, or can they be anywhere in the country, like rural areas?

Lee: Based on preliminary results, adoption is higher in urban areas, but it's not significantly different. In China, it could differ drastically because there's a huge urban-rural divide in China of public health systems or public service in general. Robots are capital intensive. In South Korea, there are private homes that are wealthier and those could adopt new technologies earlier, but still adoption in general is not widespread due to sufficient immigrant labor providing care. There could be an urban-rural divide for sure. Because of government subsidies in Japan, it equalizes distribution across regions.

Eggleston: We find more part-time or irregular nurses in urban areas. That may seem counterintuitive, but when you think about it, having that concentration of human capital in urban areas might facilitate that kind of part-time work and so on. There are differences we can see in our data between urban and rural homes, but we don't see large differences in terms of robot adoption and use.

Are there kinds of conditions that robots are better suited for than others?

Lee: In general, most robots are related to mobility issues. The biggest consequences of the elderly staying in homes are pressure ulcers on their skin because of their extended time in bed and low levels of mobility. Robots could provide a major contribution if they help residents move about and reduce pressure ulcers.

Communication robots are helpful for patients with dementia. The adoption of those isn't high compared to monitoring robots, but I think it's becoming more accepted and especially helpful for certain types of patients.

Do you think robots will be helpful for medical care?

Eggleston: That's the hope. For example, night monitoring reduces the probability of a severe fall which requires hospitalization and so on. There are contentious issues with nursing homes about physical restraints for patients, which are not allowed. And so, adding robots might deal with some of the outcomes. Both the producers and users of robots are hoping this will have a significant impact on the quality of care.

As you look at how the coronavirus has affected long-term care facilities, do you wonder what the outcomes might've been had some of these facilities had robots?

Lee: Yes. What our findings indicate is that robots are not replacing workers in Japan. They're allowing firms to adopt more nurses — the skilled type of caregivers, which is an important finding directly related to the quality of care. Allowing critical personnel to actually focus more on patients. If there were certain technologies in place, caregivers could have spent their time more efficiently. I believe that's going to be a discussion going forward in the US and in many other countries that have suffered drastically.

Eggleston: Particularly the communication and monitoring robots would help to some extent. They can save caregivers from having to go room-to-room and enable communication between people at the facility, and also with their households.

We do know that there's a potential there, and it might affect future adoption in nursing homes in the US and elsewhere. But given the huge financial hit the industry has taken as a whole, it might be a while before that plays out.

Given the coronavirus’s prevalence in nursing homes, people may be wary of taking jobs there. Can these robots be used in a recruiting capacity for nursing homes?

Lee: Certified nursing assistants in the US are not well-paid and it’s a physically demanding job. Now there's an extra concern of, "What will happen to me when I work here?" A lot of nursing homes had enormous difficulty recruiting people. They were paying extra for nurse aids, but they weren't able to recruit given the situation.

Potentially, nursing home facilities that have the capacity to adopt robots may be able to advertise this as not only being able to improve the quality of care for the residents but providing better work conditions for the caregivers. What we're finding in our research is those that adopt these robots tend to have better management practices.

What has surprised you most in your research?

Lee: We didn't find that robots replaced care workers. They’re being used to supplement the workers and maybe have better outcomes in quality of care. This is having an overall net positive effect both on jobs and productivity.