Finding Talent In Plain Sight: How Cities Can Help Connect Companies To Workers With Disabilities

A conversation with Susanne Bruyère, director of Cornell University’s Yang-Tan Institute on Employment and Disability

Employers around the world are starved for talent. Millions of qualified workers can’t find jobs commensurate with their skills. Susanne Bruyère is trying to bridge the gap. 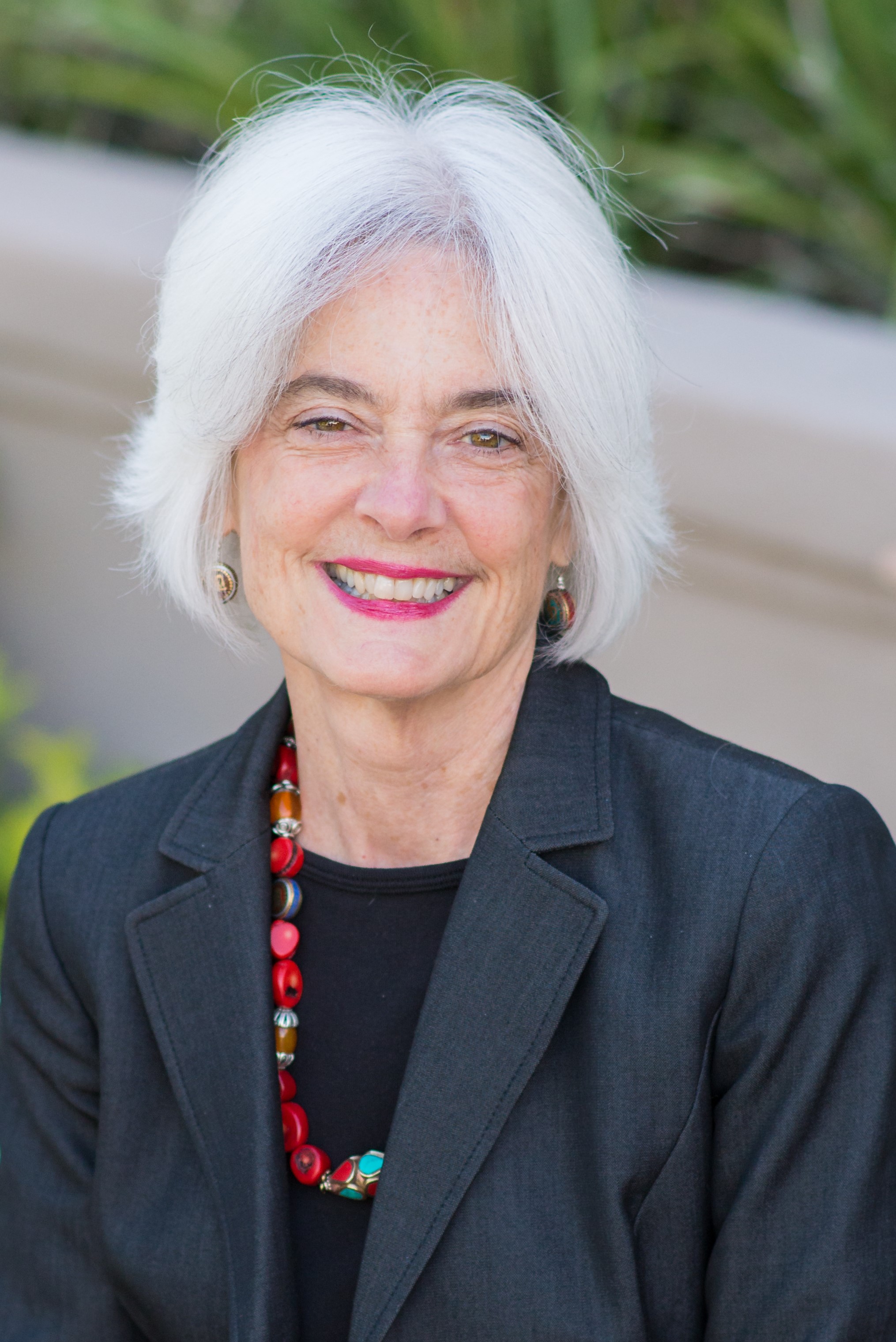 Bruyère is director of Cornell University’s Yang-Tan Institute on Employment and Disability and a professor of disability studies at Cornell’s ILR (Industrial and Labor Relations) School. An expert on employment and disability policies, she has spent the past three decades directing research on effective workplace practices for people with disabilities. Bruyère spoke recently with the Oliver Wyman Forum about the ways cities can promote policies that help employers and workers with disabilities connect.

Oliver Wyman Forum: You have spent much of your career studying people with disabilities and their role in the labor market. Let's start with the broad question of just how much untapped potential we're talking about. Is it possible to quantify in some way?

Susanne Bruyere: I think we can. Cornell has a Disability Statistics Center that we use to look broadly at the population to understand trends in employment and how policies might impact, improve, or, in some cases, make it more difficult. We know that people with disabilities are 15 to 20 percent of the world's population. We think 15 percent is low -- that's what the World Health Organization says, but we know that people with disabilities don't get added to the census surveys in many countries. In the US, if you just focus on working-age population, it's between 11 and 12 percent. If we look at all ages, it's more like 20 percent.

OWF: And what level of attachment to the labor force does this population have now?

SB: The 2017 American Community Survey, the most recent data that's been publicly released, showed that 37 percent of working-age people with disabilities are in the workforce, compared to 79 percent of people without disabilities. That's Census data. It goes up and down two or three points, but hasn't remarkably changed over the years, which is why we know there's much more need for awareness. When we look at particular sectors, we know that many of the individuals not currently in the workforce have degrees and skills and just don't get equitable opportunity to access the workforce. There's a gate we have created that keeps people out of the workplace. Whether that's an inaccessible website, algorithmic tools that might leave people with disabilities out in some way, or the interviewing process flagging the things some folks may not be as good at. Unfortunately, sometimes those parts of the interview process outweigh their rating of the individual's technical skills.

OWF: At a macro level, what can municipalities do to help people with autism and other disabilities to flourish?

SB: I think they need to be thinking about several things. One is the design of physical spaces so that people can navigate them. We've thought for many years, probably 30 years or more, about physical accessibility and things like that. That is really important, but so is information technology accessibility. Designing tech infrastructure so that people with visual impairments, hearing impairments, cognition impairments, motor dexterity impairments, can be fully functioning in these environments is imperative. In terms of work, we should be asking ourselves -- how are we structuring our economic and workforce development policies? Are they inclusive of people with disabilities? Are they one of the target underrepresented populations? Public policy around these areas is just as important as thinking about design in cities.

OWF: If you could identify three or four concrete steps cities could take, what would they be?

SB: I would say step way back and look at all the facets that go into making a well-designed city, and really listen to the voices and perceptions of individuals with disabilities. I talked about physical space, I talked about IT infrastructure, but that also includes transportation and housing. And more broadly, beyond the IT infrastructure, is the messaging, so that people with disabilities are included in how we think about inclusive design. We know that one of the big barriers to work is not just getting equitable access to training for people with disabilities but being able to get to work. And that's partly physical but it's also transportation. So looking at the big picture of physical design, IT, transportation, housing, workforce development, economic development, and disability doesn't always get included in these broad umbrellas. If cities embrace this, we're not only going to be dealing with just one in five of the population but we'll also be making the elements of our cities’ infrastructure more accessible to other parts of our population as well, such as older people. Many of the adaptations we make for inclusive design apply to people as they age. By thinking inclusively in the design of these elements, we’ll address the needs of some of our other populations as well.

OWF: How can the public and private sector work together to identify these underutilized workers so they can make the kinds of contributions they're capable of?

SB: I think city mayor’s offices can set the bar for attracting economic developers and venture capitalists by embedding these things into the contractual arrangements with some of these interested entities that are coming in and get them to address them at the outset. That's where public policy makers do have leverage, and I think making that a part of the expectation of any kind of investment is a real, basic bottom line. Similarly, as money is invested in workforce development, cities can make sure there's some technical training or higher ed, post-secondary training, so that people with disabilities are thought about. We need to provide incentives to employers who offer apprenticeships and internships to pick up some of these talented people. Many of them have college degrees but they're still unemployed after graduation due to some of the access barriers I have mentioned.

OWF: To that point, which industries or sectors most lend themselves to this kind of effort? For example, technology would seem to be ripe for these initiatives.

SB: They certainly are one of the sectors that have been jumping on this. Cornell has looked at disabilities broadly over the years and what are the employer practices that maximize workplace inclusion. More recently, we've also been watching closely the burgeoning growth of technically sophisticated companies looking at diverse talent and, specifically, people with autism and other talent pools that have been largely untapped. Cybersecurity is one area I'm aware of; they have acted based on the perception that some individuals with neuro-diverse characteristics have a high ability to hyper-focus. They see patterns and trends that the neuro-typical person may not see as readily and have the ability to focus for longer amounts of time. These characteristics lend themselves to some tasks, like in the tech sector, and the tech sector now is moving into other areas like accounting and finance that are very eager to explore this as a viable possibility to look for the kind of talent they need.

OWF: Are there any industries or sectors that are lagging unnecessarily?

SB: I wouldn't say they're lagging unnecessarily to the neuro-diverse population per se, but I would say that while it's great that there is interest, it is a disservice to neuro-diverse individuals to think those are the only kinds of jobs they're good for. It's important for employers in other sectors to realize, there is plenty of talent there for them to tap in the neuro-diverse population. More broadly, there’s still a lot of stereotypes - that people will need a different type of performance standard or there's going to be other inherent problems - when that is simply not the case. We know from national survey data in the US that 95% of accommodations employers are asked for in the workplace are for people who do not have disabilities. Employers accommodate the rest of us all the time, so it's a misconception to think there'll be a cost in accommodation that comes with anyone who has an obvious disability.

OWF: How does the Cornell Yang-Tan Institute on Employment and Disability help in these efforts?

SB: We have a longstanding history working closely with employers and employer associations to collect information on the pressing problems employers have around identifying talent in this population and getting them into the workplace and keeping them there. We conduct research, offer training and technical assistance, provide consultations, and design a lot of open-source, online tools for employers to self-assess how they're doing across best practices maximizing workplace disability inclusion. We have a free online tool, BenchmarkABILITY, that allows the employer to self-assess how they're doing at hiring, retention, career development, disability diversity and inclusion, compensation and benefits, accessibility and accommodation, and also the metrics and analytics to assess their efficacy across the employment process in these six areas. We have a lot of online trainings and do several hundred webinars a year. We really try to get the information out there.

"A city must understand where it sits in the competitive landscape because people have greater mobility."

"The new test for cities is the question ‘Can you bike to your meeting?"