The US Cities Where People Are Most Interested In AI 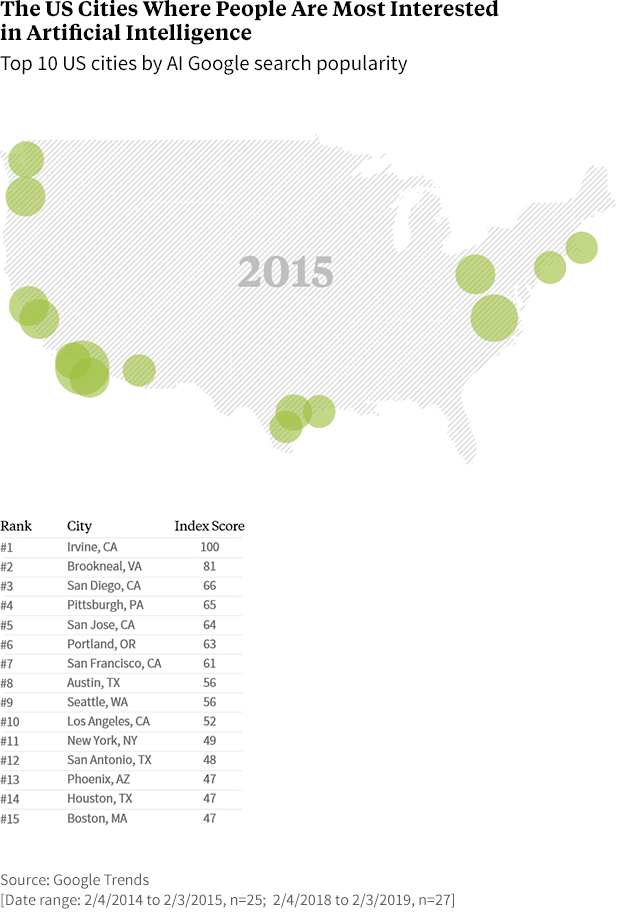 The leading cities of today won’t necessarily prevail tomorrow, as technological advances like AI disrupt the way we live and work. To get a sense of which cities’ residents are most interested in AI, we conducted a Google Trends analysis to identify the US cities where “AI” or terms related to artificial intelligence accounted for the greatest portion of Google searches over the past year.

We discovered that the three cities that conducted the most searches using “AI” are no longer even within the top ten four years later. Meanwhile, residents in Washington D.C., Boston, MA., and New York city became much more interested in the term. Residents in Mountain View, CA., Cambridge, MA., and Berkeley, CA., are conducting the most searches using “AI.” See our list below to find out the other cities were residents are interested in AI.

"A city must understand where it sits in the competitive landscape because people have greater mobility."

"The new test for cities is the question ‘Can you bike to your meeting?"