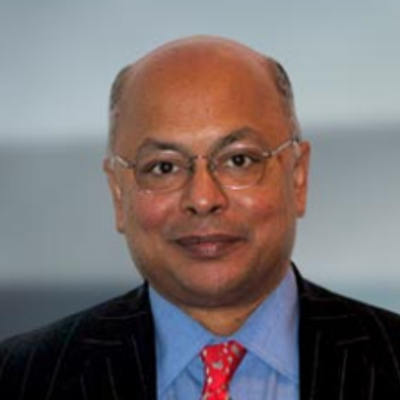 Partha Bose is a former Partner and Chief Marketing Officer of Oliver Wyman, and provided global leadership for the marketing functions within Oliver Wyman. He drove the firm's collective efforts to build brand equity and provides leadership to strategic and operational marketing activities across all business units and geographies. Partha also served on Marsh & McLennan’s Global Communications Committee and represented Oliver Wyman on the MMC PAC Advisory Committee.

Prior to joining Oliver Wyman, Partha spent 18 years in leadership positions at professional services firms. He was a Partner at McKinsey & Company in London and New York, where he was also the Editor-in-Chief of the McKinsey Quarterly. He was a Senior Partner at the Monitor Group in Cambridge, Massachusetts, and Global Marketing Director for Allen & Overy, one of the world's largest law firms, based in its London headquarters. For three years he ran his own strategy consulting practice, advising several of the world's leading U.S. and European law firms on strategy, organizational structure, and operational restructuring.

Born in India, Partha holds a Bachelor of Engineering (Mechanical) degree from the MS University of Baroda, India, a Master of Science degree from Columbia University's Graduate School of Journalism, and an MBA from Massachusetts Institute of Technology's Sloan School of Management.

Partha is the author of “Alexander the Great's Art of Strategy: The Timeless Leadership Lessons of History's Greatest Empire Builder” (2003, New York: Penguin; London: Profile; Sydney: Allen & Unwin), which has also been translated into eight foreign language editions. Partha has written for or been quoted in many international publications, including The New York Times, The Wall Street Journal, the Financial Times, and The Economist.

Partha is an Overseer of the Boston Symphony and sits on the Global Board of Governors of Junior Achievement Worldwide, which, with more than 10 million middle- and high-schoolers in its programs, is one of the largest nonprofits in the world, operating in well over 100 countries. He chairs the Marketing Committee and serves as a member of its Governance and Nomination Committee.

Partha is a Fellow of the Royal Society of Arts (FRSA) and a Freeman of the City of London.